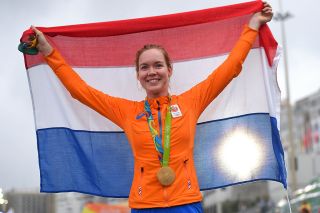 The president of the Dutch cycling federation (KNWU) publicly spoke out against the 2020 Summer Olympic Games in Tokyo going forward as planned in light of the current coronavirus pandemic, joining USA Swimming in the argument for postponing the Games. The Olympic committees from Norway and Brazil also endorsed pushing the date for the Games into the future.

The IOC this week said they remain "fully committed to the Olympic Games Tokyo 2020", saying there is "no need for any drastic decisions at this stage". The preparations for the Games continued despite the number of worldwide Covid-19 cases doubling twice in the last seven days to almost 300,000 confirmed cases and the numbers outside China far exceeding the reported cases in that country.

Wintels argued that it was unfair to put athletes in the position of training for the Games.

"In the present circumstances in the world, we consider it unwise and almost irresponsible for athletes and their coaches to continue to prepare for the Games here and around the world under terribly difficult and unhealthy conditions," KNWU President Marcel Wintels told the news agency ANP.

The Dutch cycling federation was the second-most decorated in the last Olympic Games in Rio in 2016 to Great Britain, winning two gold medals with Anna van der Breggen taking the women's road race and Elis Ligtlee the women's keirin.

Wintels did not want to speak for the other sports federations under Netherlands Olympic Committee (NOC*NSF) but knows there are similar sentiments. "NOC*NSF is aware of our way of thinking," he told NOS.nl.

"We can guide, facilitate and protect our top athletes responsibly on the way to that Olympic goal, or we can conclude with pain in the heart that continuing or participating in the Games as scheduled in July 2020 is no longer justified given the current circumstances. As a cycling federation, we think it's the latter," says Wintels.

There have been so many cancelled sporting events that national federations are struggling with the Olympic selection process and restrictions on personal contact and travel has hampered the efforts of anti-doping organisations, with UKAD and USADA this week admitting they have had to scale back testing.

Some countries, such as Spain, France, Andorra and Italy have put in place drastic restrictions, most prohibiting cyclists from riding outside while in the Netherlands, Belgium, the US and Great Britain there have yet been no such restrictions. The inequality opens the question of whether it would be fair to hold the Olympics or even the Tour de France.

But those arguments are secondary to the great risk to the health of people worldwide by bringing together athletes, support staff, officials, media and spectators in the thousands to one location.

"The KNWU board and management hardly think it is justified that on the one hand, we can no longer offer the Olympic athletes protected, safe training facilities, but on the other hand the idea remains that the Games should simply of start in July."

"There is nothing worse than taking away the Olympic dream from athletes and their coaching teams that they have been working on for years," Wintels says. "We as a cycling federation can send the strongest and most promising delegation ever.

"As long as the Games remain as their goal, we will maintain this impossible balancing act for the athletes and coaches, which will be difficult to justify as time goes by."