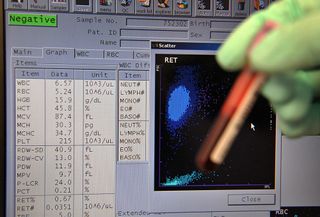 Two major anti-doping organisations, UK Anti-Doping (UKAD) and the US Anti-Doping Agency (USADA), have announced reductions in the number of anti-doping controls as a result of the coronavirus pandemic.

On Tuesday, UKAD said it would see "significant reductions" to testing, while USADA is focussing its efforts on "mission-critical" athletes who are still competing and as "absolutely needed" for those preparing for the as yet still to happen Tokyo Olympic Games.

The number of global cases reached 195,000 confirmed positives for SARS-CoV-2, the virus that can cause severe respiratory distress across 158 countries and the disease Covid-19 has been declared a pandemic since last week.

"With the cancellation of sporting events and recent UK Government advice concerning the control of the virus, we have reviewed our operational activity and are announcing a significant reduction in our testing programme," UKAD announced Tueday.

"This is a difficult decision and one that has not been taken lightly. Our priority is the health and welfare of athletes, and our own staff and doping control officers (DCO).

"As an organisation our ongoing responsibility remains to protect clean sport, but we must give precedence to health and welfare and act responsibly in line with government advice during this unprecedented time.

"We will continue to process intelligence and will act on that information. If anyone has information that could be of interest to UKAD and its investigations on any matter, please do contact us as usual."

USADA's press release stated, "USADA will focus only on mission-critical testing of athletes in sports still competing, and as absolutely needed for those preparing for the Tokyo Olympic and Paralympic Games to ensure their rights are upheld and their reputations protected.

Both organisations are still requiring athletes to file whereabouts. When testing does occur, they are requiring the DCOs to wear protective gear, maintain a six foot distance from athletes and both DCO and athletes to wash their hands before and after doping controls.

"During this time, no USADA DCO who has any sign of sickness or otherwise meets any of the risk criteria identified by the Centers for Disease Control and Prevention (CDC) will be collecting samples," USADA said.

The World Anti-Doping Agency said this week that it is continuing to monitor any doping control gaps that might occur because of the pandemic and advise ADO's to adjust their doping controls accordingly.

The Olympic Games are still on the schedule but numerous event cancellations have hampered the selection process.