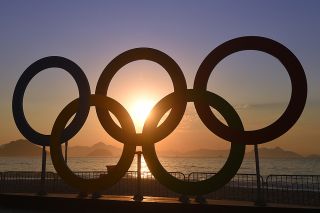 Despite suggestions from US President Donald Trump that the 2020 Summer Olympic Games in Tokyo might have to be cancelled, the organisers lit the Olympic torch in Ancient Olympia, Greece on Thursday, beginning what would normally be a period of intense competition between athletes to earn selections to fill their national quotas for the Games.

The problem is, nearly every potential Olympic qualifying event around the world has been cancelled or is under threat of cancellation in order to help stop the coronavirus pandemic.

In a statement, the International Olympic Committee assured the world that the Games were still on the calendar and that they "remain absolutely in line with our Japanese hosts in our commitment to delivering safe Olympic Games in July this year," a press release stated.

"With 19 weeks before the Opening Ceremony of the Olympic Games Tokyo 2020, the many measures being taken now by authorities all around the world give us confidence and keep us fully committed to delivering Olympic Games that can bring the world together in peace," the IOC said in its press release.

The IOC acknowledged that international federations and National Olympic Committees (NOCs) are facing challenges with the selection process which would have keyed off events that are now cancelled.

The IOC said it is working with stakeholders to be flexible in the qualification process.

"The IOC is proud of the solidarity and flexibility shown by the athletes, the International Federations and the National Olympic Committees, which are managing challenges with the qualification system in a number of sports. We are addressing them together.

"The IOC is cooperating closely with all those concerned and demonstrating all the flexibility needed to adapt the qualification systems. We are also working with all other stakeholders (including Rights-Holding Broadcasters and sponsors) in order to address the current situation.

"We remain in close contact with the World Health Organisation (WHO), the host city of Tokyo, the government of Japan and the Tokyo 2020 Organising Committee through our joint task force, which was set up in mid-February. The IOC will continue to follow the advice of WHO, as the leading United Nations agency on this topic."

All of the other Olympic long-team criteria are based on events between April 1 and May 1 - the top 10 US athletes ranked in the top 100 of UCI road rankings, or any winners of WorldTour one-day races. The winners of the 2019 US national time trial titles (Amber Neben, Ian Garrison) and road titles (Alex Howes and Ruth Winder) are the only other riders to have met criteria to earn long-team nominations.

"We are taking this day-by-day and working with everyone involved to monitor event cancelation impacts on the qualification process," a USA Cycling spokesperson told Cyclingnews. "We will make any new selection criteria public as soon as we have a clearer picture."