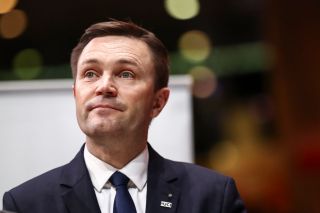 UCI President David Lappartient confirmed that Amaury Sport Organisation (ASO) will launch a stage race for women in 2022, but he could not confirm that it would be officially named as the women's Tour de France.

"I am assured that ASO will be ready to put this event on the calendar in 2022. This is a very good step in the further development of women's cycling," said Lappartient in an interview with WielerFlits.

"Whether this race will also be called Tour de France, I don't know yet."

It has been reported that ASO are expected to host an eight-day women's race that would start in Paris on the same day the men finish their stage 21 of Tour de France on the Champs Elysées.

“Women's cycling has enormous potential," Lappartient said. "That is why I have often emphasized at ASO in recent years that they should organize more women's competitions. The new calendar for 2020 gave me the opportunity to put Paris-Roubaix on the calendar. ASO also understood that we had to come up with good news after the coronavirus. There were positive reactions from all quarters to this 'Hell of the North' for women."

ASO currently organises Flèche Wallonne, Liège-Bastogne-Liège, Madrid Challenge by La Vuelta and La Course by Le Tour de France. They also added the first-ever women's Paris-Roubaix to the Women's WorldTour revised calendar, presented by the UCI in response to the five-month halt to bike racing due to the COVID-19 coronavirus pandemic.

Lappartient believes that with the addition of a stage race and Paris-Roubaix for women managed by ASO, along with new teams committing to women's cycling such as Jumbo-Visma, that women's cycling is in a good position for future development.

"Besides the Tour for women and Paris-Roubaix, there was more good news. With SD Worx, a major sponsor is joining a team [Boels Dolmans]," Lappartient said. "KPMG has committed itself to the Flanders Classics women's competitions. The fact that Jumbo-Visma will appear with a women's team next year is also fantastic news. I am sure that, just like with the men, this will be a well-structured top team."

The top-tier of women's professional cycling are set to toe the start line for La Course by Le Tour de France in Nice on Saturday. The event was launched in 2014 after a successful petition to ASO to include women's racing alongside the Tour de France.

ASO have received criticism during the seven editions of La Course for not offering a multi-day women's race that is held to the same standard as the men's Tour de France.

The first version of a women's Tour de France was held in the 1950s, but it was only one edition. ASO launched its own version of the women's Tour de France between 1984 and 1989, the height of the stage race. There have been other versions over the years, through the 1990s and early 2000s, but it was later reduced to just four stages before it officially ended in 2009.

Last July, ASO confirmed that it was looking into creating a women's stage race that would be the equivalent of its marquee French Grand Tour, but did not say it would be a women's Tour de France.

Christian Prudhomme, race director of the Tour de France, later told AFP  that women's professional cycling could anticipate a Tour de France of its own as soon as 2022. However, ASO stressed that it would be 'logistically impossible' to have the men's and women's events held at the same time.

Cyclingnews reached out to ASO for a comment regarding the apparent decision to launch a women's stage race that didn't overlap with the men's Tour de France, to which it declined to comment at this time.

Tune into Cyclingnews for live coverage of La Course by Le Tour de France along with the full report, results, gallery and news following the conclusion of the race on Saturday.