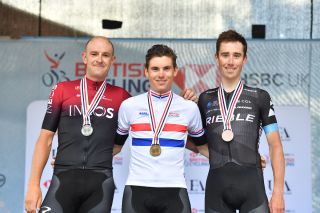 The 2020 British national road championships will take place in the West Midlands, with British Cycling signing what was described as a 'landmark' partnership with the Vélo Birmingham & Midlands sportive.

With the Commonwealth Games taking place in Birmingham in 2022, Britain’s pros will be able to get a feel for the terrain on which they'll be competing for medals in two years.

The road races, which start in Birmingham and finish in Wolverhampton, will be based on a rolling 18km South Staffordshire circuit that contains one proper climb at Church Road. The elite and U23 men’s race will cover 159.7km, with a total elevation gain of 1,611 metres, while the women’s race 123.3km with 1,285m of climbing.

The time trials will use a "rural, undulating, and picturesque" circuit of 23.6km in North Warwickshire. The elite women and U23 men and women will cover one lap, while the elite men do an additional loop.

The championships will be held on the same weekend as the Vélo Birmingham & Midlands, which, with 15,000 riders expected to take on either the 100 or 45-mile route, is said to be the UK’s second biggest closed roads cycling event. The organisers of both events hope to attract unprecedented crowds to the nationals, while also boosting cycling in the region.

"This partnership is fantastic news for the Midlands, for the HSBC UK | National Road Championships and for our riders, as they prepare for a home Commonwealth Games in 2022," said British Cycling CEO, Julie Harrington.

"While winning medals at international level is a huge part of our remit, the value of those medals, and the impact of elite riders’ performances is hugely important to unlocking the benefits that cycling can bring to society, and partnering with an organisation such as Active Sport will help us deliver on these ambitions."

Last year, Alice Barnes did the road race and time trial double in the elite women’s category. On the men’s side, Ben Swift won the road race in a thrilling finale in Norfolk, while Alex Dowsett collected a record-equalling sixth time trial crown.

Barnes added: "This is a huge advantage in riders’ preparation for the Commonwealth Games. Being familiar with the terrain and having strong spectator attendance on the road-side can have a huge impact on the day so it’s brilliant we’ll be able to maximise the advantage of a home Games."