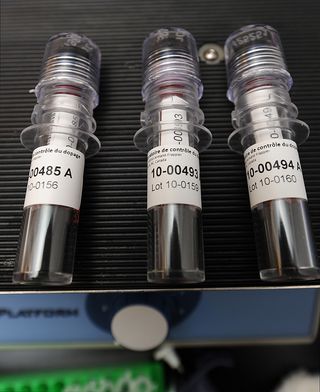 The UCI announced on Wednesday it would go ahead with re-analysis of anti-doping controls taken in 2016 and 2017 in light of new information and documents from the Austrian authorities involved the 'Operation Aderlass' investigation.

The scandal erupted in February 2019 when authorities raided the Nordic Skiing world championships and uncovered evidence of a blood doping ring. They uncovered 40 blood bags stored in Erfurt, Germany in a garage linked to former Milram doctor Mark Schmidt.

German authorities later confirmed that 21 athletes from five different sports and eight different countries were under investigation for blood doping.

The UCI has since suspended Stefan Denifl, Kristijan Durasek, Kristijan Koren, Borut Bozic and Alessandro Petacchi in connection to the affair.

Preidler initially confessed to having his blood withdrawn in 2018, but has been accused of fraud in Innsbruck with prosecutors alleging he was "regularly practising blood doping and also taking growth hormones, starting with the Giro d'Italia in the spring of 2017 until his doping confession."

His former Sunweb team, with whom he helped deliver Tom Dumoulin to his Giro d'Italia victory, threatened to sue if he doped during that race.

Preidler's suspension is still showing as provisional in the suspensions list on the UCI web page despite a four-year ban being announced in June.

"In light of information and documents received from Austrian law enforcement authorities in the Aderlass affair, the Union Cycliste Internationale (UCI) announces that it has asked the Cycling Anti-Doping Foundation (CADF) to proceed with necessary reanalyses of samples taken during the 2016 and 2017 seasons," the UCI said in its statement.

"During the Aderlass investigation, and thanks to close collaboration between the UCI and Austrian authorities, several  procedures have been initiated for anti-doping rule violation. Several individuals, most of them active at the highest level, have now been sanctioned.

"The UCI would like to thank all the authorities working on this investigation and will continue to work closely with the parties concerned with the aim of protecting honest athletes and guaranteeing a clean sport.

"The UCI will make no further comment at this stage."