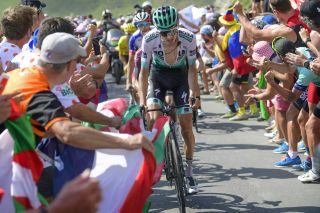 As part of a series of interviews with medical professionals conducted by Sporza.be regarding the safety of the Tour de France happening this year on its newly proposed dates of August 29-September 20, one epidemiologist has told the Belgian website that he would have some serious concerns for public health if the race goes ahead so soon.

Professor Benjamin Cowie, of the University of Melbourne, an infectious diseases physician and epidemiologist told Sporza: "Unless the Tour de France was held in a way that was almost unrecognisable compared to how it has been previously, you would have to say there'd be some pretty substantial public health concerns with holding it in August.

"I know a lot of major events have been postponed until a similar time [to normal] in 2021," he said, when asked whether the Tour cancelling its 2020 edition entirely may be a better option. "I think that's a conservative and safe approach, and one well worth considering.

"There's the economic impact, clearly, but that cuts both ways – for people to be able to travel, if they've lost their jobs, they've got substantial financial hurdles, so trying to get to the Tour de France, and to make it the event people know and love… It's going to look very different, no matter what happens, so I think you could certainly make a case on public health grounds to say, 'Let's reconvene this in 2021,'" he said.

Stefano D'Amelia, a professor of infectious diseases at the University of Rome – and also a self-confessed cycling enthusiast who, from that perspective, would like to see racing taking place this year – was slightly more optimistic.

"As a cycling fan, having the season so far without the Classics has been hard," he said. "There are some things you can probably do to make it the Tour possible. The first would be to have no supporters. But it's different to football because they're out on the road, and you've seen climbs like the Col d'Izoard or the Col du Tourmalet, where there are millions of people at the road side, and it would be impossible for it to go ahead like that.

"Then there are all the journalists, all the team staff, the masseurs that have to touch [the riders]."

Additionally, D'Amelia addressed the possibility of riders taking part in the Tour being more susceptible to being infected by the coronavirus.