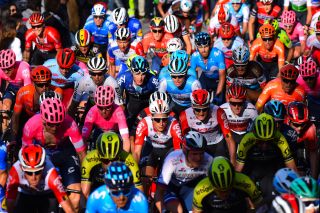 With the Tour de France now scheduled for August 29-September 20, the Union Cycliste Internationale (UCI) has confirmed that other races, including the Road World Championships in Switzerland, the Giro d'Italia, and Vuelta a España will all follow on from the Grande Boucle, with the 2020 post-COVID season likely to run into late November.

The UCI said it is also working to redesign the women's WorldTour race calendar and hopes to confirm new versions of the entire UCI International Calendar (men’s and women’s races across all cycling disciplines) on May 15 at the latest.

The UCI pointed out that the calendars "will nevertheless remain dependent on the world health situation".

The UCI held another conference call on Wednesday morning, with race organisers (AIOCC, and leaders of ASO, RCS, Unipublic and Flanders Classics), teams (AIGCP) and riders (CPA) involved. The UCI said they unanimously decided to rewrite the race calendar in an attempt to save the racing season. The UCI also said that suspension of racing on the UCI International Road Calendar has been extended by a further month until July 1.

Holding the Tour de France in the best conditions possible "is judged essential given its central place in cycling’s economy and its exposure, in particular for the teams that benefit on this occasion from unparalleled visibility", the UCI said in a statement.


The UCI acknowledged that the Tour de France would overlap with the opening day of the Road World Championships but confirmed the previously announced race schedule would be maintained, with the elite men's time trial scheduled for Sunday September 20, just a few hours before the Tour de France is scheduled to finish on the Champs Elysées in Paris.

A solution to ensure the likes of Tom Dumoulin, Promož Roglič, Geraint Thomas and Rohan Dennis can ride both events could be to switch the recently created team relay from Wednesday to Saturday, giving the big-name time tralists a few days to recover after the Tour de France.

The UCI said that the Giro d’Italia will take place after the World Championships and will be followed by the Vuelta a España later in the autumn. Dates of October 3-25 for the Giro d'Italia have reported in Italy, while the Vuelta could overlap the Italian Grand Tour by a week or be held later and deeper into November.

The UCI made it clear that the biggest one-day Classics would all be held this season but has yet to confirm dates for Milan-San Remo, the Tour of Flanders, Paris-Roubaix, Liège-Bastogne-Liège and il Lombardia.

"As many events as possible on the UCI International Calendar, and notably the UCI WorldTour, will be rescheduled later in the season," it added. This means that some races may be sacrificed to give priority to the Grand Tours and Monuments but also confirms a super-sized racing season and Classics campaign is planned for the autumn.

The UCI also announced that an agreement had been reached between the AIGCP teams' association and the CPA riders' association on the framework that will enable teams in serious financial difficulty to take measures to help them survive, while preserving the rights of their riders and staff.

"I would like to pay tribute to the representatives of the organisers, teams and riders for their collaboration and their commitment in these difficult times. We still have work to do to finalise the establishment of an entirely revised 2020 UCI International Calendar given the coronavirus pandemic that has shaken the world, but a first very important step has been taken today," UCI president David Lapparitent said.

"Likewise, we have established a framework that will allow the fundamental rights of teams’ riders and staff to be preserved, while enabling the measures necessary for the survival of these teams to be taken. Together, we will manage to get through this crisis and rebuild cycling post-Covid-19."

During these difficult times, we are working to safeguard the future of cycling and once again, would like to thank all parties involved for their collaboration in today’s decision.#CyclingUnited pic.twitter.com/Um7X38eChYApril 15, 2020