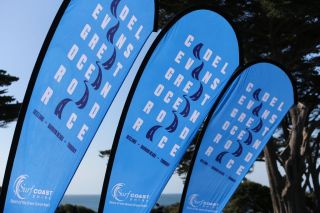 Organisers are working with authorities to ensure safety at the Towards Zero Race Torquay (January 30) and the men's and women's WorldTour Cadel Evans Great Ocean Road Race (February 1-2) during the ongoing bushfire crisis in Australia.

The organisers emphasised that the fires are far away from the race courses, but said they will continue to monitor air quality in the Geelong and Torquay regions and update competing riders and teams accordingly.

"There is currently no threat to the courses of Race Torquay and the Cadel Evans Great Ocean Road Race and surrounding areas.

"We are working together with local authorities to monitor the situation and will advise teams should circumstances change. The safety of teams, spectators and staff is the primary concern of the event.

"We also continue to monitor air quality and will update teams in the event that air pollution levels exceed reasonable levels, noting our adherence to Sport Australia's guidelines on smoke pollution and exercise."

Australia has been fighting bushfires for several months due to hot and dry weather conditions whereby temperatures hit a record average of 41°C. The extreme heatwave and long-running drought has caused very dry conditions.

Since September, bushfires have killed 26 people and destroyed hundreds of homes. It was reported that the fires have destroyed more than 100,000 square kilometres across five states, including New South Wales, South Australia and Victoria, having an especially destructive effect on the nation's wildlife.

"As I'm sure you are aware, fires continue to impact bushland across regional Victoria and Australia, and our thoughts at the Cadel Evans Great Ocean Road Race are with those affected," the organisers said, reiterating that the bushfires are located at a considerable distance from the event sites in the state of Victoria.

"The areas of major bushfire activity in Victoria at present are in the East and North East of the state, some 400-600km from the Geelong and Torquay region."

Amanda Spratt, who lives in the Blue Mountains area of the state of New South Wales, told Cyclingnews at the end of December that she was prepared to evacuate if necessary. Because of poor air quality, she has had to either train indoors or drive to a further location to train outside to avoid the thick smoke in the surrounding area.

"I haven't been able to train outside every day because some days the smoke is too bad," she said. "They say that exercising in that is the equivalent to smoking 100 cigarettes, so I've had to drive to start my training in different places or just train indoors."

In Victoria, and particularly around the city of Melbourne, organisers of other major sporting events including the Australian Open tennis have put contingency plans in place. Tennis' first Grand Slam tournament of the season will start on January 20 and organisers have planned to move the event indoors if the bushfire conditions worsen.

"We will be observing their practices with respect to air pollution as well as working with the national federation, Cycling Australia, to ensure best practice," the organisers of the Cadel Evans Great Ocean Road Race added.

"When in Australia, we encourage riders and staff to download the Vic Emergency application to their cell phone. This provides regular updates on emergencies of note across the state of Victoria."

The Victorian Government has partnered with Bendigo Bank and The Salvation Army to establish the Victorian Bushfire Appeal, with 100 per cent of donated funds to go directly to communities in need.

The sixth edition of the Cadel Evans Great Ocean Road Race will mark the fourth consecutive year that the event is part of the men's WorldTour. The women's event was added to the Women's WorldTour this year. Meanwhile, it's the first edition of the Towards Zero Race Torquay, which replaces a similar event from previous years that took place in central Melbourne.