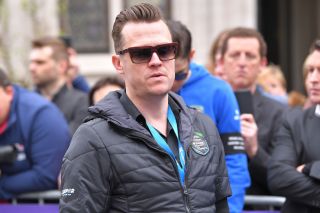 Nick Nuyens will appeal the verdict of a Belgian tribunal that rejected his compensation claim against his former rider Wout van Aert.

A judge in Mechelen ruled on Tuesday that Van Aert had been within his rights to terminate his contract with Nuyens' Verandas Willems-Crelan team in September 2018.

Nuyens had sought €1.15 million in damages from Van Aert, who terminated his contract while Verandas Willems-Crelan was negotiating its merger with Dutch outfit Roompot-Nederlandse Loterij.

Van Aert had already signed a contract to join Jumbo-Visma in January 2020, but he eventually linked up with the WorldTour squad in March of this year, while the legal case was being heard.

Van Aert’s legal team successfully claimed that he had the right to terminate the contract with Verandas Willems after accusations that Nuyens had tried to convince Aert's former coach Niels Albert to sign an incriminating statement about him. Albert refused and became a key witness in the case.

Nuyens has been ordered to pay legal costs in the case, but his lawyer Rudi Desmet told Sporza that he will appeal the verdict to the labour court in Antwerp.

"We find this a surprising and unbalanced judgment," Desmet told Sporza. "We will therefore appeal.

"Nick is also disappointed. Rightly so, because I think the normal rules have not been applied correctly here. In the event of a breach of contract, the bar is always very high. You must have conclusive proof that the other party has made a very serious mistake."

Desmet suggested that Nuyens’ appeal will focus on the evidence provided by Albert.

"In this case there was only the testimony of Niels Albert, which is debatable. Albert says he never had any problems with Van Aert, while he often said the opposite within the team. We have four witnesses. Only the judge found that is irrelevant. Hence: an unbalanced judgment," Desmet said.

"It was actually word against word in this case. The word of Albert against that of Nuyens. But apparently the word of Nuyens is not taken into account because he is a party involved. That is not normal."

Van Aert, a three-time cyclo-cross world champion, enjoyed a fine debut season at WorldTour level. After shining in the cobbled Classics, he won stages at the Tour de France and Critérium du Dauphiné, as well as the Belgian time trial title.

The Belgian has not raced since he crashed heavily during the Pau time trial at the Tour. He is still recovering from injury he sustained when the roadside barriers caught his hip and pulled him from his time trial bike.

He was taken to nearby hospital in Pau, where he underwent surgery to repair the torn skin, capsule and muscle of his upper thigh and hip. A week later he underwent further surgery in Belgium before finally leaving hospital at the end of July.

Van Aert has recently begun to ride outdoors as he continues his rehabilitation, but it is not yet clear if he will be able to return to action before the end of the cyclo-cross season. During his convalescence, he expressed an interest in taking Belgium’s second time trial berth at the Tokyo 2020 Olympics, alongside Remco Evenepoel.