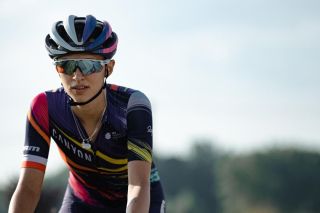 Kasia Niewiadoma (Canyon-SRAM) has placed on the podium on four consecutive occasions, but has never won Strade Bianche. Her natural talent on challenging, punchy terrain is a perfect match for the white gravel roads in Tuscany, and make her a favourite to contest the victory in Siena on Saturday.

"I'm excited, and I'm really looking forward to Strade. I miss racing. It's time to do something more than training and preparing. This is one of my favourite races, and I will enjoy it no matter what," Niewiadoma said. "I hope that I'll be able to fight for the podium. It's hard to predict the form of the others, but it will show on the day. There is nowhere to hide on that course."

The Women's WorldTour resumes at Strade Bianche after the season was halted due to the COVID-19 pandemic in March. Some riders have already restarted the season at the three one-day races in Spain last week, but many will be racing for the first time this season in Italy.

The Women's WorldTour kicked off at the Cadel Evans Great Ocean Road Race in February, and was won by Sunweb's Liane Lippert. However, Niewiadoma did not participate in that race, and didn't race at the opening weekend's Omloop Het Nieuwsblad and Omloop van Het Hageland, either.

Strade Bianche will mark Niewiadoma's first race of the season, but she said she has been preparing for the restart and recently completed a training block.

"I've had a nice block of training recently. I allowed my body and mind to rest during the quarantine period. Now I have been training hard, but I feel fresh. It's easier to go harder, to feel the pain in your legs. I have fresh energy. All of the training that I've done has affected me positively and I'm feeling stronger after every training block," said Niewiadoma.

The women's peloton will take to the start line at Siena's Fortezza Medicea and embark on a 136km race that includes eight white gravel road sectors throughout the Tuscan countryside before contesting the finish line at the Piazza del Campo back in Siena.

Temperatures are expected to be dry and in the mid-30s Celsius, but Niewiadoma was unsure if the heat would play a significant role in Saturday's race.

"In all of the previous editions, it's been March, and usually we are racing in cold and wet conditions. It will be different racing Strade Bianche in summer. For sure, the heat is going to be there, but at the same time the course and the profile haven't changed and that makes it just a brutal race in any temperature," she said.

Canyon-SRAM will have a strong team at the event that includes Alena Amialiusik, Hannah Barnes, Elena Cecchini, Ella Harris and Omer Shapira. Cecchini has competed in the event four times, and said their best chances of winning were from a solo breakaway.

"The best chance is for us to have one rider that goes solo," Cecchini said. "I think it is the best way to enjoy the super hard and steep finish. We will have a strong race and will embrace every chance throughout the race."