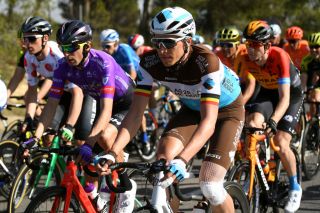 AG2R La Mondiale's Oliver Naesen has said that he's hopeful that the Tour de France will go ahead this summer – and that team leader Romain Bardet might take part – while he also hopes that his favoured, but postponed, spring Classics will be able to be rescheduled for the autumn.

"The Tour start is still [scheduled for] 12 weeks away, and I really hope that it happens," Naesen told Nieuwsblad.be in an interview over Facebook this week.

"I haven't spoken to Romain personally about the Tour yet, but I can't imagine that he wouldn't want to ride it, or that the team wouldn't want to have him there," he said, with Bardet originally having planned to ride the now-postponed Giro d'Italia in May and to have foregone the Tour in favour of resting ahead of targeting the Olympic Games road race, which would have taken place in July, before the Tokyo Games, too, were postponed until next summer.

Meet the Naesens: Oliver and Lawrence join forces at AG2R

Although he's not been in touch with Bardet about the Tour, Naesen said that he's in a WhatsApp group with some of the French riders on his team, and that they're having a hard time, with stricter rules on going outside during the coronavirus crisis compared to Naesen at home in Belgium.

"I can tell you, those guys in France are going crazy," he said. "They're not allowed to train outside, so all they can do is ride on their home trainers for an hour-and-a-half. If this situation continues for much longer, they're going to go nuts."

Although he hopes to ride the Tour, if and when it happens, Naesen said that his training is geared more towards the postponed spring Classics, which he's hoping will now happen some time this autumn.

"All my hopes are focused on that," he said, "and we now have to wait for the UCI to announce a new race calendar."

While a number of riders on other teams – including Bahrain McLaren, Astana, Lotto Soudal and lately, potentially, CCC Team – have accepted temporary pay-cuts as the coronavirus crisis continues, Naesen said that he had been assured that full-time AG2R La Mondiale employees will continue to be paid as normal.

"Everyone has their bills to pay at the end of the month, and I'm not ready to give up part of my wages," he said. "We're also continuing to train; it's not like we're doing nothing."

Het Nieuwsblad pointed out that Naesen's contract with his French team is up at the end of the season – something that the 29-year-old is, of course, only too well aware of.

"As a Classics rider, I actually wanted to wait until between the Classics and the Tour de France to discuss my contract, because the good contracts are signed before the Tour," said Naesen, whose brother, Lawrence, joined the same WorldTour team this season. "But nothing has changed for me, and, ideally, I'd like to simply renew my contract."