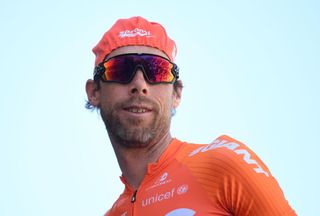 Ten Dam is no stranger to racing on gravel and made his Grasshopper debut back in 2016. He has one win to his name in the popular American series but, after a busy off-season, the Dutchman is simply looking to enjoy the experience before targeting races later in the year.

"I did my first Grasshopper back in 2016 and I’ve done two or three since then. I’ve not done Low Gap before but I’m doing three in the series this year, with Low Gap and then the two races in May. I won one previously and I have a lot of great memories," ten Dam told Cyclingnews from his current base in California.

"It’s going to be an adventure for me because I’ve never been there but I’ve rented a car and I head up there soon. I’m not aiming for the win but I’m hoping to just have a nice adventure."

Since hanging up his road bike at the end of 2019, ten Dam has launched himself into a new life of media and business. He is set to launch his own clothing range and has embarked on video and podcast projects. He has even launched his own modest but exciting gravel team as he looks to widen the sport’s appeal to the masses.

The off-bike commitments may have mounted over the winter, but the 39-year-old has still found the time to squeeze in some last-minute training.

"Over the winter I had to secure a lot of partnerships but I’ve come to the coast now and I’ve kick-started my training with four days of 200km training rides for each day, and I’m not about to go mountain biking in Santa Cruz," he said.

"But the winter has been good. I’ve started my own team and that took a lot of energy but my wife has been helping with the website. I’m going to start my own clothing line and I’m still writing and recording a podcast. Now it’s time to start training and racing again, although I’m going to get my ass kicked this weekend. It will be a good wake-up call for May when I do my Dirty Kanza road trip.

“The team is just me and a couple more people. We tell the story about me trying to go fast and they’re trying to finish because they are more every-day cyclists. That’s why we have the name ‘live slow, ride fast’. It’s all about helping people who need to balance their jobs with families and taking that idea into Kanza.

"It’s a road trip, we’re going to have fun and we’re going to tell our story. I like to live these adventures and then tell those stories to readers and listeners. It’s not just about gravel. If you have fun on the road, you can still have an adventure. For me it’s about having a ride with your friends, having fun and then enjoying a beer together."

The gravel scene has exploded in North America in the last year, with fellow former professional road riders, Peter Stetina and Ian Boswell both taking up the discipline on a part to full-time basis.