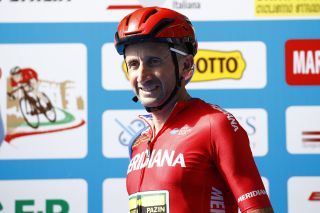 The Italian Minister of Health announced Friday that he has signed an ordinance that imposes a 14-day quarantine for anyone returning from Romania and Bulgaria - including those currently competing at the Sibiu Cycling Tour. According to Gazzetta dello Sport, the ordinance will affect 38 Italian riders including Davide Rebellin and Andrea Guardini, who will not be permitted to compete in the season restart in Italy until August 11.

"I've just signed an ordinance ordering quarantine for those who have been in Romania and Bulgaria for the last 14 days," Roberto Speranza, the nation’s Minister of Health, confirmed in a post on Twitter Friday. "This measure is already in force for non-EU and non-Schengen countries. The virus is not defeated and continues to circulate. Great caution is still needed."

There are 22 teams competing at the Sibiu Cycling Tour that began on July 23 and will conclude on Sunday. There are two WorldTour teams competing; Israel Start-Up Nation and Bora-Hansgrohe. The latter has claimed three of the four opening stages and is leading the overall classification with Gregor Mühlberger.

A spike in COVID-19 coronavirus cases through out Romania and Bulgaria in recent weeks first prompted Alpecin-Fenix to pull out of the race when Dutch Foreign Ministry labeled Romania an 'orange zone', advising "only necessary travel" to the country.

Androni Giocattoli-Sidermec also chose not to start the race in an effort to protect the health of their riders and staff, and Gazprom were unable to take part due to the restrictions on Russian citizens in Romania.

The quarantine period will end on August 11 and riders will then be permitted to participate in Gran Piemonte (1.Pro) on August 12.

The 38 Italian riders currently competing at the Sibiu Cycling Tour: