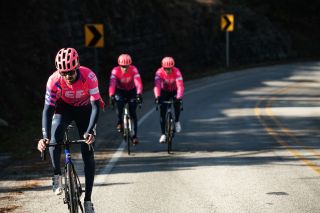 The Herald Sun Tour organisation has confirmed that both EF Education First and Israel Start-Up Nation will be participating in the 2020 edition of the race, which gets under way next Wednesday.

"Our leader will be Neilson Powless, and supporting him will be the local James Whelan, who will be a fresh rider," said Docker, who will make his 12th start at the race, in a statement released by the organisers. "We've got a really strong squad and I think it's good to have a bit of fresh blood coming in across from Europe, in particular young guys who want to prove themselves.

"For me, there are two really good stages – the flat stage from Nagambie to Shepparton. I actually recon'd that and… if the wind gets up it's going to be a tough day, which suits me and the whole lead out train.

"Then the last stage in Melbourne is also a great stage. The other stages in the middle there, I will be playing more of a support role and trying to get these guys as close as I can to somewhere up the mountain."

The 2020 Herald Sun Tour marks Israel Start-Up Nation's second participation at the race, having last appeared in 2018 when Nathan Earle took the mountain classification. The team's step up to the WorldTour means they'll be be expected to take the initiative at the race, said Israel Cycling Academy Continental rider Ben Perry.

"Being a WorldTour team, we will need to go head to head against the other strong teams," he said. "This will mean more time controlling and less chances for breaks. We will need to back our climbers and guide them deep into the key climbing stages.

"We have a strong team all around, with everything from a pure sprinters to a pure climber, so a guy like me will hang out in the middle of that and probably spend a lot of time fetching bottles.

"We will probably look to Mikhel Raïm for the sprints and James Piccoli for the climbs, but you never know this time of year who will step up and become  the leader, as it is very early for a lot of guys."