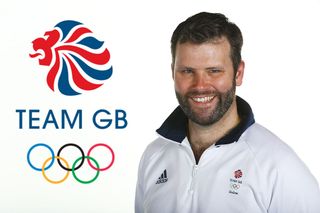 Further details of the dysfunction, inner working and contrasts between medical and performance staff at British Cycling and Team Sky have emerged during Friday's hearing of Dr Richard Freeman's medical tribunal.

Phil Burt, the head of physiotherapy at British Cycling between 2006 and 2018, suggested that Freeman faced 'constant attrition' from Team Sky and British Cycling head coach Shane Sutton. It also emerged that the package containing 30 sachets of Testogel testosterone also included other medicines, including contraceptive pills and the asthma drug Montelukast.

Freeman was team doctor for British Cycling and was the lead doctor for Team Sky, working with seven other part-time doctors, with Steve Peters then Clinical Director.

Freeman denies ordering the testosterone gel in 2011 knowing or believing it was to be used by an athlete to improve performance. He has claimed that Sutton bullied him into making the order to treat Sutton’s erectile dysfunction.

Sutton denied both of those claims and verbally attacked Freeman when giving evidence at the Manchester tribunal on Tuesday before calling Freeman "spineless”, abandoning the hearing and refusing to return.

On Thursday, head of medicine Steve Peters revealed details of Sutton's character and his clashes with Freeman. He was drawn into the Testogel scandal when Freeman lied about the package being sent in error but offered little explanation for why it arrived.

"I have a man who has lied to me (Freeman), another guy who is untrustworthy (Sutton). I feel like I am being asked to solve the crime," Peters said on Thursday.

On Friday, Burt revealed more about Sutton's treatment of Freeman, recalling that their relationship worsened after Sutton refused to recompense Freeman for a flight home from Colombia due to a family bereavement.

"Richard thought it was reasonable that he would be recompensed, Shane said no. It became one of those things that they just couldn’t let go," the Guardian and the BBC reported of Burt's testimony.

Burt said after the incident “the pair’s relationship had really come to a bad place."

“Richard was in the corridor and Shane Sutton said, ’The doc looks like he’s losing weight – I’ve got him where I want him’,” Burt said.

Burt also suggested that Sutton had accused him and Freeman of being the whistleblower over allegations that track rider Jess Varnish had been bullied.

Burt said he often had 'difficult conversations' with Sutton, with veiled threats involved, but he stood up for himself and was not bullied.

Burt also revealed he opened medical supply packages that arrived at the Manchester velodrome. That lead to him discovering the Testogel order.

"If it was in his name and he was in I would given it to him. There might be things I didn’t want to know about,” Burt said.

When asked about that comment under cross examination by the General Medical Council, who has accused Freeman, Burt clarified: "What I meant was I don’t want to understand what he was getting and what it was for, but there was no problem with me opening something and giving the rest to him."

On Thursday, Freeman's lawyer suggested that erectile dysfunction drug Viagra "was regularly ordered into the velodrome, because athletes spending a long time in the saddle have nerve issues that require them."

There was also confusion that Viagra was also in the medical package that arrived with the Testogel.

On Friday, O'Rourke said that was not the case. There were five items on the invoice, including the Testogel. The other medication was several packets of the contraceptive pill, an asthma drug (Montelukast), a face wash for acne, and an antihistamine (Valoid).

The tribunal will now continue next Wednesday.