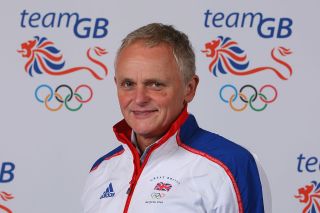 The Medical Practitioners Tribunal Service hearings surrounding the behaviour of Dr Richard Freeman during the time a shipment of 30 banned Testogel sachets were delivered to the British Cycling and Team Sky headquarters in Manchester continued on Thursday without Freeman present.

Instead, Dr Steve Peters, a former head of medicine for both organisations, took the stand but failed to provide any answers as to why a drug that is banned in and out of competition was ordered and stored at the facility or for whom it was intended.

Freeman has claimed he ordered it for personal use by former technical advisor Shane Sutton, while Sutton denied that assertion.

"I don't know what happened here," Peters said according to the BBC's Dan Roan and the Guardian's Sean Ingle who live-tweeted the hearing. "We've got two men and clearly one of them is lying. There has to be an answer but I'm not in a position to say."

The GMC alleges that Freeman ordered the testosterone in order to enhance the performance of an unnamed athlete, but Peters doubted that claim, too, calling the allegation "a leap" by the GMC.

"If we start speculating, an amazing team who've worked so hard for 20 years have this cloud over them, it seemed so unfair."

"What didn't make sense is if someone were to cheat they wouldn't go through the supplier for British Cycling where there's a paper trail," Peters said according to The Independent.

"We were aware that we beat our chests about competing clean. I know how hard these athletes tried. This was going to be a clean team, and it was. This [the Testogel case] has cast shadows on that, which is why I was pretty upset."

Another line of questioning centred around the character of Shane Sutton, who stormed out of the hearing on Tuesday after being accused of being a 'serial liar' and 'doper' during his career in the 1980s and 90s.

Freeman has admitted to all but four of the General Medical Council of 22 counts of malpractice, all the disputed allegations are about why he ordered Testogel in 2011.

In his testimony, Freeman alleged that Sutton bullied him into ordering the drug so that Sutton could treat erectile dysfunction, a charge Sutton vigorously denied.

In 2016, when the Testogel delivery was discovered as part of a UK Anti-Doping investigation into the teams, Freeman lied to Peters and told him it was an error by the medical supplier and he had returned the shipment.

However, after learning of Freeman's lie about shipment being made in error, a lie Peters himself repeated to the media in 2017, Peters said, "I asked him why he lied to me. He said it was for a member of staff. I said 'who?' and he said 'Shane'. I didn't ask him why."

When asked if Freeman had told him that Sutton bullied him into ordering it, Peters said "No".

Peters doubted that Sutton would have hid a personal condition that might have substantiated the order of testosterone. "Shane was a very open man, he confided with me a lot," Peters said, concluding that Freeman must have ordered it for himself. "If he'd prescribed it for Shane, Shane would have told me," he said.

Peters said he was told that the package also contained Viagra and he theorised that it couldn't be for an athlete because research appears to show Viagra does not enhance sport performance.

"It would be picked up very quickly," he said according to The Independent. "It would be very hard to do this."

When asked again about who he thought ordered the Testogel, Peters replied, "I feel like I am being made to solve the crime. All I am saying I have a man who has lied to me and another guy who is also untrustworthy. I was guessing saying it's much more likely Richard (Freeman) has used it (the testosterone) for himself."

Freeman's counsel then tried to establish if it is possible Sutton had bullied Freeman into ordering the Testogel. Peters agreed that Sutton was emotionally unstable and prone to lashing out.

"He could run for two months without an incident, then I would get someone coming in saying I think he is bullying me, or being aggressive. It was repeat behaviour.

"He just didn't contain his emotions very well...he gets so intense about standards and performance," especially during the build-up to the Olympic Games when British Cycling was under pressure to win medals.