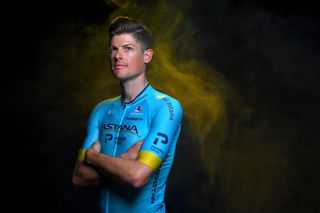 The Cycling Anti-Doping Foundation (CADF) has reacted to reports that Astana riders Jakob Fuglsang and Alexey Lutsenko were investigated for possible links to banned doping doctor Michele Ferrari, confirming that it hired intelligence provider Sportradar to conduct additional research for a secret dossier after it "received information in relation to alleged potential anti-doping rule violations".

However, cycling's anti-doping body added that, "after careful review of the elements available, it has not submitted the report to the UCI for the initiation of disciplinary proceedings against the individuals or team in question."

The CADF has now launched an investigation after its report was leaked to the press.

On Sunday three news outlets – Politiken, along with Danish state television DR and Norwegian daily VG – reported that they had obtained the 24-page document commissioned by CADF, which reportedly linked Fuglsang with Ferrari.

Politiken published segments and statements from the CADF document that allege Fuglsang could be under a doping program designed by Ferrari. It also points to Lutsenko being present at a meeting between Fuglsang and Ferrari.

Fuglsang contested that he had met with Ferrari, claiming he had no case to answer. He has been training at altitude on Mount Teide and is expected to make his season debut with Astana at the Vuelta a Andalucía in mid-February.

"CADF intelligence indicates that Astana Pro Team cyclist Jakob Fuglsang is under Michele Ferrari's doping program, and that teammate Alexey Lutsenko was present during at least one meeting between the two in Nice/Monaco," the CADF report says, according to Politiken.

Fuglsang joined Astana in 2013 and had one of his most successful seasons last year, having won the Vuelta a Andalucía, a stage of Tirreno-Adriatico, Liège-Bastogne-Liège, the Critérium du Dauphiné, and a stage of the Vuelta a España. He was considered an overall contender for the Tour de France but crashed hard on stage 1 and eventually quit the race on stage 16.

Ferrari was banned for life by the United States Anti-Doping Agency (USADA) for doping Lance Armstrong and other riders from the US Postal Service and Discovery Channel teams during Armstrong's seven-year reign at the Tour de France. As part of that life-time ban, Ferrari is not permitted to act as a consultant to athletes. Ferrari has always denied any wrongdoing.

"Once again I unfortunately find myself compelled to deny the latest media hoax that concerns me," read Ferrari's statement on his website, 53x12.com, going on to state that he hasn't worked with Astana in a decade and hasn't been at a bike race in over two decades.

The CADF said it deeply regrets the leaking of the report and announced that an inquiry is being conducted to understand how the file was made public and prevent this from happening again.

"International cooperation being key to effective anti-doping investigations, Sportradar’s subsequent report was shared in strict confidentiality and in a secured manner with a selection of relevant anti-doping bodies and law enforcement agencies," CADF's statement said.

"The CADF treated the information contained in the report with extreme care. At no point did it share the findings with any other third party, including media representatives."

The CADF concluded by saying it will make no further comment on the matter.