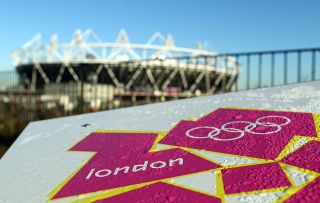 British cyclists were given ketones and warned they might trigger doping violations, as part of a trial run by UK Sport for the 2012 London Olympic Games.

A Mail on Sunday investigation has revealed that the government body in charge of funding Olympic and Paralympic sport in Britain spent hundreds of thousands of pounds on a secret project to test the effects of the controversial substance.

It was run with the apparent involvement of research and innovation manager, Scott Drawer, who went on to work for Team Ineos – then Team Sky – from 2016 to 2018. Drawer declined to comment to the Mail on Sunday, while Team Ineos told Cyclingnews that they have never used DeltaG, which is the brand of ketone drink trialled.

Ketones, a synthetic form of the energy source produced during fasting, are not banned under anti-doping rules but have caused ethical concerns, given their supposed performance-enhancing effects, and health concerns, given the potential side effects.

The Mail on Sunday reports that 91 athletes across eight sports were involved in the trial in 2011 and 2012, with the stated intent of using ketones in Olympic build-up events and during the Games themselves. At the time, ketones were being developed alongside the US Special Forces and were not commercially available, and so UK Sport referred to the project as a ‘research trial’.

The athletes had to sign waivers to accept full responsibility for any associated risks, along with non-disclosure agreements to keep it all private. In order to counter any "negative perceptions and publicity" arising from a potential leak, UK Sport was set to launch a PR plan focusing on Team GB being "ahead of the curve compared to its competitors".

As part of an information sheet, UK Sport warned athletes of potential anti-doping complications, even encouraging them that ketone use would be 'difficult to prove'.

"UK Sport does not guarantee, promise, assure or represent that use of ketone esters is absolutely World Anti-Doping Code compliant and therefore excludes all responsibility for use of the ketone ester," read the document.

"WADA might exercise ... their rights to regulate … [and] collect blood samples or retrospectively test old samples. This may occur if there were pressure of the media if the concept was to leak. However … ketosis is a temporary physiological state and would be difficult to prove or test with any post-event samples."

British Cycling confirmed that it was involved in the trial, stating that "some cyclists" were given ketones, although it did not specify which disciplines. At the 2012 Olympics, Britain dominated the cycling events, winning seven of the 10 gold medals on the track.

The Mail on Sunday reports that 40 per cent of the athletes involved in the trail reported side effects, including vomiting and stomach problems, with 28 of them withdrawing as a result. A further 24 stopped taking ketones because they perceived no benefits.

"I’m horrified that (UK Sport) would test out an unknown substance on our athletes. Not only that, but then to make them sign waivers and non-disclosure agreements so that they could never speak out or complain if anything went wrong,” runner Emma Jackson told the Mail on Sunday. "They are playing with people’s lives — a failed drugs test could be the end of someone’s career. I am also totally amazed that any athlete agreed to these conditions."

UK Sport insisted the trial was carried out to high ethical standards and that it consulted with UK Anti-Doping and the World Anti-Doping Agency before starting.

"As the nation’s high-performance sports agency, UK Sport invests in expert institutes who deliver research and innovation projects to support the success of our national sports teams. These projects range from designing world-class technical equipment for our athletes, to supporting athlete health and performance,” read a statement.

"These research and innovation projects are conducted in line with the highest ethical standards, within the rules of international sport and are assessed by an expert independent Research Advisory Group. Consultation takes place with UKAD and WADA wherever necessary to ensure projects comply with international anti-doping regulations.

"The Ketone Ester project received independent ethical approval from the Research Advisory Group in January 2012. Additionally, UK Anti-Doping confirmed in writing, after seeking clarification from the World Anti-Doping Agency (WADA), that WADA had ‘no reason to consider such substances as banned under the 2011 List of Prohibited Substances and Methods’."