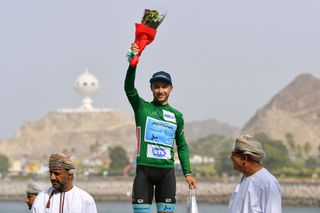 The Tour of Oman will not take place in 2020, race organiser Amaury Sport Organisation (ASO), confirmed on Wednesday.

Reports that the six-stage ProSeries race, scheduled to run from February 11-16, was being cancelled due to the recent death of Sultan Qaboos had emerged on Tuesday.

ASO, which has been informing teams of the news this week, is yet to issue a public statement but confirmed to Cyclingnews on Wednesday morning that the race will not go ahead.

Green Mountain again to be decisive stage in Tour of Oman

Lutsenko wins the Tour of Oman

The reason for the cancellation is "the extension of the national mourning following the death of the Sultan".

A full three-day period of mourning was observed when Sultan Qaboos, who had ruled in Oman since 1970, died on January 10, with schools and workplaces closed. However, a longer 40-day period is now in place, in which flags are flown at half-mast and the Ministry of Tourism has instructed the cancellation of various events and festivities.

The cancellation of the 2020 edition of the Tour of Oman is circumstantial and the race is expected to run again in 2021. The new Sultan, Qaboos' cousin Haitham bin Tariq Al Said, was formerly head of the Oman Football Association and is understood to be enthusiastic about sport.

The loss of the race leaves a number of riders with gaps in their racing schedules. Mark Cavendish (Bahrain-McLaren), Elia Viviani (Cofidis), and Jesùs Herrada (Cofidis) were among the names confirmed for the race. Many riders set to race in Oman were either also doing the Saudi Tour the week before, the UAE Tour the week after, or all three.

The Tour of Oman was first held in 2010 and has established itself as part of a Middle Eastern block of early-season racing, giving opportunities for sprinters and Classics riders to hone their form. The overall title is traditionally decided on the summit finish at Green Mountain, with Astana's Alexey Lutsenko winning the past two editions.