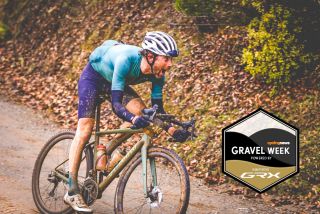 This week, Cyclingnews are dedicating their site to gravel. They have a ton of exciting content coming up, including interviews and How-To guides from some of the biggest stars in the sport, and an array of equipment advice and reviews from those in the know.  And when they asked me to write the introductory piece, I was excited to take up the challenge.

Right now, I’m at home in Holland, busily putting the finishing touches to the gravel bike I’m going to ride over the weekend. There’s a lot to consider; from deciding which tyres to use and what food to prepare, right down to the clothing I’ll wear and the rest of the supplies that I’ll need. Even for an experienced rider like myself, I still love the buzz I get the night before a ride, knowing that come morning I’ll be out on the trails enjoying another challenge.

Tomorrow’s ride is going to be about 100km in length and I’ll be on my Specialized Diverge with Shimano GRX components. I haven’t totally decided but I’m probably going to choose the Specialized Pathfinder tyres. They’re great for almost every terrain here in Holland and it’s not like we have Dirty Kanza-style gravel here but it’s the freedom I have in choosing what I use, and all the different combinations of equipment that forms part of my love for this style of riding.

When you’re on a group ride, or at a race, part of the interest and the fun comes from seeing what all the other riders have chosen to use. I love hearing about what kit people are using and when you stop for lunch or your post-ride meal, talking about bikes and gear is part of the enjoyment.

The main reason I’m so passionate about gravel is because of the sense of adventure that it gives you. There’s nothing like it.

Earlier this year I was in Spain, near Calpe, and there’s a climb called the Coll de Rates. It’s a famous ascent that’s often used in training camps during the winter, and every day, without fail, hundreds if not thousands of pros and amateurs will venture up its slopes. I must have done that climb a thousand times as a pro rider during my career. I can tell you from experience that if you ride up the same ascent a thousand times, often at your full capacity, it can become more than a tad tedious.

Earlier this year I was in Calpe to record some podcasts at training camps but while out on a ride, and almost without thinking, I began riding towards the Coll de Rates. Only this time I didn’t have to make my way up the ascent, and instead, I could take a sharp right near the foot of the climb and explore some amazing gravel roads. In the corner of my eye, I could see a thin, long line of riders grinding their way up the climb but out in front of me was a dirt road that I’d never explored before. It looked endless, with so many possibilities and at that moment I realized that I could do whatever I wanted.

I’d like to think that I was always a sociable pro when I was part of the WorldTour. Back when I was on a pro team, I would often enjoy a beer after a race but, as the years went on, the sport at the very top became stricter and stricter. In 2004, road cycling was a bit like the gravel scene now, in that at the Tour Down Under we’d head for the Belgian beer bar every night and then at the end of the race we’d have a huge after-party, but now things are different and you can’t do that.

I’d still love to see the entire Tour de France peloton rock up on the Champs-Élysées in Paris and enjoy a massive barbeque with all the riders – no journalists though – and the families in attendance. We’re a long way from that happening but with gravel racing and riding now there’s a great scene of community.

A sense of community runs through everything that gravel racing and riding is about. In most of the road races you or I watch online or on television, there’s only really one winner, but in gravel everyone who finishes a group ride or a race feels like a winner. There’s a sense of accomplishment that you don’t get in other forms of sport. I think about my first gravel events, like the Grasshopper I did in 2016, and the two events that I now organize in Europe, and I realize that every gravel ride has its own charm and uniqueness and that every community is supportive and welcoming.

Over the next week, Cyclingnews will be bringing a whole lot more from the world of gravel.  Alex Howes will stop by with his tips on how to get into gravel, Ted King, Amanda Nauman, Peter Stetina and Colin Stickland all feature, while we’ll also offer bike reviews and accessory guides.

And if you see me out on a gravel ride, come and say hi. But if you see some of the US riders, tell them that this old timer is coming over soon and he’s looking forward to chasing them.

Ready to explore beyond? Find inspiration for your next escape and experience the thrill of gravel biking against a backdrop of unspoiled scenery at gravel.shimano.com/en/explore