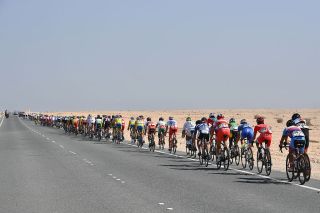 The 2020 UCI Road World Championships could be moved away from Switzerland should the COVID-19 coronavirus pandemic force further changes to the revised cycling calendar announced by the sport's governing body last week.

Due to be held in Aigle-Martigny from September 20-27, the UCI's premier event could instead be moved to Oman, Qatar or the United Arab Emirates and held in November if it's not feasible to race in its current slot, reports Marca.

Hosting fees for the World Championships are the UCI's single biggest revenue source, nearing CHF11million (£9.1million) in 2017 and 2018, with the road Worlds making up the majority of that figure. As a result, the UCI is determined to hold the event in some configuration this year.

Last week, Grégory Devaud, co-chairman of the 2020 Road World Championships organising committee said that a decision about the Worlds be taken before the end of June, though a Swiss-hosted race could be postponed to 2026 or 2027 if it doesn't happen this year.

"A festival of cycling, yes, but not at any price. We’ll have to be consistent in the decisions we take, and we can’t be stubborn either," he told Radio Télévision Suisse.

"In the current configuration, it’s this Autumn or never," he said. "On the other hand, we could imagine a postponement to a later date, like 2026 or 2027, but that would probably be on a different model."

According to Marca's report, alternative venues for the Worlds include countries in the Middle East, such as Oman, Qatar or the UAE. Though with a packed calendar set to run from Strade Bianche in early August to the end of the Vuelta a España in early November and few months to reorganise a week of racing, the event would be kicked two months to run after the conclusion of the Vuelta.

All of those countries have experience at hosting top-level cycling events such as the Tour of Oman, 2016 Worlds in Doha, the Tour of Qatar and the UAE Tour, though any prospective revision would mean a radically different Worlds course to the current mountainous profile.

Like the other races due to be run at the end of the year, the running of the Worlds will depend on the decisions of national authorities, with countries around the world currently restricting sporting and public events.

"These dates, crucial for stakeholders, naturally remain subject to the lifting, until the end of the season, of the restrictions relating to the organisation of events put in place by the authorities in the concerned territories," read a statement from the UCI upon revealing the new calendar.

"We note that the situation is a changing one, which could mean the UCI may need to adjust the calendar to take into account the development of the pandemic."