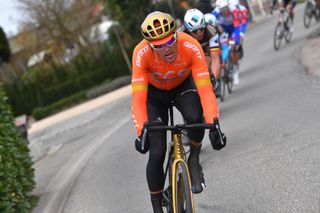 Olympic road race champion Greg Van Avermaet (CCC Team) has expressed disappointment at the postponement of the Tokyo 2020 Olympics but he supports the decision taken by the IOC to delay the Games by a year due to the Covid-19 coronavirus pandemic.

"It's obviously disappointing to see the Olympic Games postponed as they were a big goal for me this year," said Van Avermaet, who won gold in Rio four years ago.

"But I completely support the decision as it is clear at a time like this that health and safety are the biggest priority, and it wouldn't have been possible to safely stage an event like the Olympic Games with thousands of people coming from all over the world.

Van Avermaet: Public health is more important than cycling at the moment

"I think postponing the Games was the only possible option as we face so many uncertainties in the coming months and it would not have provided a fair playing field with everyone's preparation and training put on hold right now."

Van Avermaet last raced at Omloop Het Nieuwsblad and Kuurne-Brussel-Kuurne before CCC pulled out of Paris-Nice due to concerns about coronavirus. The Belgian had been in good form earlier in February, putting in strong rides on the summit finishes at the Volta ao Algarve.

Four years ago, Van Avermaet won his gold medal in Rio de Janeiro, Brazil on one of the toughest road race courses to date. He, along with Denmark's Jakob Fuglsang, caught lone leader Rafał Majka in the closing kilometres of the 237.5km race before outsprinting the pair to the line.

The 34-year-old noted that the process of selecting the Belgian team would have been made impossible by the lack of racing this spring and potentially through the summer. He and Remco Evenepoel were sure selections, but the remaining places in the squad were still up for grabs with four months to run until the road race.

"Even the selection process for teams would have been impossible," he said. "Of course, the postponement means I will be another year older which isn't ideal, but I know I will be as motivated as ever next year.

"It is an honour to be the Olympic Champion and now I will enjoy some more time wearing the gold bands on my CCC Team jersey and of course, I hope I can wear them beyond 2021 as well."

The Olympics is the latest high-profile postponement in the sporting world due to the Covid-19 pandemic, following the Giro d'Italia, the NBA and MLB in the USA, and numerous football competitions around the world, including the English Premier League and Euro 2020 – the international tournament which has also been postponed to 2021.