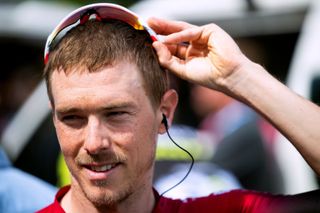 The UCI Arbitral Board looking into Rohan Dennis' case against his former employers Bahrain McLaren have dismissed the rider’s claims over financial compensation.

Dennis lodged a complaint with the UCI after the team terminated his contract in September 2019, requesting the remainder of his contract paid in full (to the end of 2020) plus legal fees.

"The UCI Arbitral Board issued today (30.07.2020) a decision in the case opposing Mr. Rohan Dennis to the paying agent Bahrain World Tour Cycling Team of the UCI WorldTeam Bahrain-McLaren," the UCI's statement read.

"The Panel dismissed the rider's claims. The decision may be appealed to the Court of Arbitration for Sport within thirty days."

Rohan Dennis: Back to basics

Dennis' contract was terminated on September 13, 2019, but the team only publicly announced it on September 29 – the day of the World Championships road race – after Cyclingnews learned of the news and approached the team. He was less than one year into a two-year deal having joined the team from BMC Racing at the end of the 2018 season.

"This termination was not made public to allow Mr Dennis an undisputed preparation for the UCI 2019 Road World Championships Individual time trial race," the team statement read.

Dennis last raced for Bahrain-Merida at the Tour de France, abandoning mid-stage on the eve of the individual time trial. He never raced for the team again.

The ongoing arbitration case has been drawn out for months with the COVID-19 pandemic and the need for several testimonies the case causing delays. However, today the UCI issued the statement calling an end to proceedings.

Cyclingnews understands that in the last few months the UCI pushed twice for conciliation but both attempts proved inconclusive. No hearing date was set – even as late as May – as both parties exchanged written submissions, among which were statements from witnesses.

Dennis' agent, Andrew McQuaid, didn't comment on the matter when contacted by Cyclingnews.

A falling-out at the Tour de France

The falling-out between the two parties stemmed from the Tour de France, where Dennis suddenly abandoned the race part-way through stage 12 in the Pyrenees, on the eve of the individual time trial for which he would have been a firm favourite. Dennis' exit was shrouded in mystery, with no reason given for his withdrawal and the team launching what they termed "an investigation" into the events.

It is understood that Dennis and the team had clashed over equipment issues, and that Dennis was particularly unhappy with clothing supplied to him ahead of the time trial.

Dennis later expanded on his decision in an interview, saying: "It was for personal family reasons between the person I was becoming due to the situation I was put under. The environment that I was in was causing me to be, let's just say, not a good or a happy person to be around.

"It was snowballing, it was getting worse and, in the end, I didn't want to be a statistic of a sportsperson who was potentially going to be divorced."

While the team refused to publicly cast Dennis aside, the rider spent the next couple of months in virtual solitude, removing himself from social media. He returned at the Worlds in Yorkshire, winning a second time trial world title in emphatic fashion, and doing so aboard a blacked-out BMC bike, rather than the team-issue Merida he had been using all season.

By then, his contract had already been terminated and he was under no obligation to ride team equipment, and the Australian duly rode a branded BMC for the Worlds road race on the day his contract termination was made public.

Dennis went on to join Ineos for 2020, and rode the Tour Down Under and Volta ao Algarve for the British team before the pandemic brought the season to a halt. In Australia, he gave an interview to the press in which he said he was in "a much better place mentally", and even claimed the Bahrain team tried to somehow coerce him into leaving himself.

"You didn't realise how bad it had become because it was a gradual process, with different events putting you into a bad place," he revealed. "There were actions that were somewhat calculated to hit at certain times of day, to affect sleep or training and times of the week, so nothing could be done over the weekend. That was a favourite move.

"They were very clear incentives to get me to move on. And I'm not the person to lie down and let someone generally take advantage of me in any shape or form. It was a recipe for disaster."

Dennis has not yet publicly commented on the outcome of the UCI's decision but said earlier this year that he wouldn't be able to truly move on before it was settled.

"Until that door is closed and the arbitration finished, it won't be completely out of my mind, but I'm not bitter."