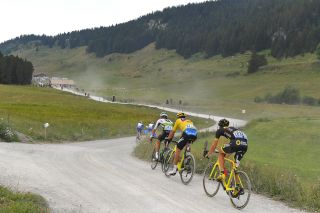 The Mid South gravel race will go off as scheduled on March 14 in Oklahoma, organisers said today, despite growing concerns about the spread of the coronavirus Covid-19 and a slew of races and events that have been put on hold in response.

Formerly the Land Run 100, the 160km race takes place on rural roads around Stillwater, Oklahoma, and was won in 2019 by Payson McElveen ahead of former WorldTour road pro Ted King and Andrew Dillman. Nina Laughlin was the first woman to finish.

In a letter distributed to participants and media, organisers said they have been monitoring the coronavirus Covid-19 situation and decided to move forward with the event given the current circumstances in Oklahoma.

"The Center for Disease Control has categorized the United States as a 'risk of limited community transmission' and not a risk of widespread transmission," organisers wrote in their message.

"The CDC and the Oklahoma State Department of Health have reported that there are no confirmed or reported cases in Oklahoma or the surrounding states. ...We understand that everyone's situation is different, and we respect your decision to attend The Mid South, or to stay home."

The decision to go forward with the race as planned echoes the ASO's decision to move forward this week with Paris-Nice, which starts Sunday and concludes after eight stages on March 15.

Several races in Italy, including Strade Bianche, Tirreno-Adriatico, and Milan-San Remo, have been postponed due to the coronavirus. With France seeing far fewer cases than Italy, Paris-Nice is going ahead, but several WorldTour teams have taken it upon themselves to withdraw.