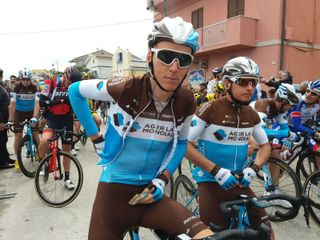 Romain Bardet will resume his 2020 season at La Route d'Occitanie on Saturday as part of a strong AG2R La Mondiale line-up that also includes Pierre Latour.

Both Bardet and Latour have been linked with moves away from AG2R La Mondiale in recent weeks but the two Frenchmen will lead Vincent Lavenu’s squad at the rescheduled Tour de France, which gets underway on August 29.

Le Dauphiné Libéré has reported that Latour is likely to join Total Direct Energie, while Bardet has been linked with a move to Team Sunweb, who lost Tom Dumoulin to Jumbo Visma at the end of 2019.

The four-day La Route d’Occitanie will be Bardet’s first step towards La Grande Boucle, and he will cross paths with several Tour rivals in the Pyrenees, including Chris Froome (Team Ineos) and Thibaut Pinot (Groupama-FDJ). The key stage arrives on the third day, when the peloton climbs the Port de Balès and Col de Peyresourde ahead of a summit finish atop the Col de Beyrède.

It will be Bardet’s first time at the La Route d’Occitanie since 2013, when he rode the event – then known as the Route du Sud and held in June – in preparation for his Tour de France debut.

Every rider is hungry to return to racing after five months of COVID-19 lockdown and training camps but for now, Bardet is keeping his ambitions under control.

“We have just completed an excellent altitude training camp in Val d'Isère. Throughout the two weeks, we did a lot of good work and enjoyed the exceptional setting in the high mountains,” Bardet said on Monday as AG2R confirmed it's line-up for the French stage race.

Bardet hasn’t raced since he placed 19th overall at Paris-Nice in March, which was the final WorldTour event to take place before the COVID-19 pandemic interrupted the season.

The Frenchman had been slated to ride the Giro d’Italia in 2020 before focusing on the Tokyo Olympics, but he altered his race programme after the UCI calendar was redrawn due to the coronavirus pandemic.

“After such a long break from racing, we are bound to be excited about pinning on our bib numbers for an event like the Route d'Occitanie, which is an event I have not raced since 2013,” Bardet said.

“I am well aware that the whole peloton is eager to get back on track and we will have to expect a pretty aggressive race. Now is not the time to focus too much on the result, rather it’ll be good just to pick up the routine with our friends and teammates.”

Bardet is scheduled to ride the Mont Ventoux Dénivelé Challenge and Critérium du Dauphiné ahead of the Tour, where he finished on the podium in 2016 and 2017.