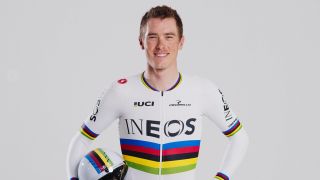 Rohan Dennis will ride for Team Ineos in 2020, with the British team finally confirming the arrival of the time trial world champion, who was fired by Bahrain-Merida in an acrimonious separation.

Dennis was a free agent as of September 13, two months after he quit the Tour de France in a cloud of mystery and controversy.

After initially exploring the possibility of a mid-season move, Dennis and his agent, Andrew McQuaid, set about finding a new team for 2020. Having been linked with CCC Team, Movistar, and Trek-Segafredo, Cyclingnews reported in October that Dennis was on his way to Team Ineos.

The signing was finally announced on Monday.

"This has been a dream of mine since turning professional," Dennis said in the Team Ineos announcement.

"Watching on from afar, I’ve always been a huge fan of the team – ever since the early years. It’s always been a goal of mine to ride for this team, so to finally fulfil that dream is a brilliant feeling and a huge honour.

"I already feel a connection to this team – a team that really believes in innovation, especially in time trialling, which is obviously something I’m hugely passionate about.

"I hope I can do the team colours proud over the course of my time here."

Dennis will join his new teammates for the first time at a december training camp this week  in Mallorca and is expected to make his debut in Team Ineos colours on home roads in Australia in the New Year.

"I know a lot of the guys already, from speaking in the peloton over the years, so there’s already friendships built, but building on those relationships and getting to know the whole team will be important.

"Racing in Australia is always special, especially for my family who rarely get to see me race – so it’ll be extra special to race for the first time for Ineos in front of them.”

After spending his early years on the track, Dennis began his professional road career with Garmin-Sharp in 2013. He won the Tour of Alberta and a stage at the Tour of California but the partnership ended in disharmony as he broke his contract and completed a mid-season move to BMC Racing in 2014.

In his first full season with BMC, Dennis won the Tour Down Under, USA Pro Challenge, and the opening-day time trial at the Tour de France, as well as being part of the squad that won the team time trial at the World Championships. 2016 and 2017 saw success but things did not go his way at major events like the World Championships and Olympic Games. In 2018, however, after winning a time trial at the Giro d’Italia and two at the Vuelta a España, he claimed the world title for the first time. As the BMC Racing set-up scrambled to secure its future – eventually becoming CCC Team – Dennis signed for Bahrain-Merida for 2019.

Dennis had a subdued start life at his new team but came to life with a stage win and second overall at the Tour de Suisse. However, things were soon irreparably damaged when he climbed off his bike mid-way through stage 12 of the Tour de France on the eve of the time trial stage. No one at the team had an explanation for why Dennis had left the race, and the sense of mystery was compounded when Bahrain-Merida hastily announced an ‘investigation’ into what had happened.

Cyclingnews later revealed Dennis had clashed with team management over a number of equipment-related issues, notably his skinsuit and time trial bars.

There was silence from the rider and team until the eve of the World Championships, where Dennis reemerged – on a blacked-out BMC bike – to take the world title in commanding style. As it turned out, he was already a free agent, his contract having been terminated on September 13 – news of which was announced by Bahrain-Merida upon the finish of the men’s Worlds road race.

Dennis' 2020 plans are likely to revolve around the time trial at the Olympic Games in Tokyo.