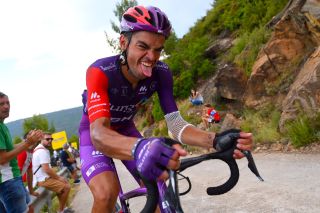 Portuguese rider Nuno Bico and Italian Eugenio Alafaci have been forced to retire from professional cycling due to iliac artery issues.

The pair are the latest hit by a common ailment in pro cyclists, External Iliac Artery Endofibrosis (EIAE). The syndrome is likely caused by the crouched position on the bike, and cuts off circulation to one or both legs, resulting in loss of power, premature fatigue and pain.

The issue can be corrected with the placement of a stent in the artery, but it is not always effective.

Numerous pro riders have had the surgery to mixed results. Pauline Ferrand-Prevot came back and won the MTB World title this year. Fabio Aru returned but then had to drop out of the Vuelta a España with fatigue and muscle damage.

Bico said on Instagram that he had the surgery in 2017 but it did not fix the problem.

"Although I underwent surgery in 2017 to correct my iliac artery condition, it became really hard to deal with the pain again during the Vuelta a España," he wrote.

"Checked it with the doctors as soon as I got home and by medical advice, I should quit competitive sports. Therefore, I address to you with my deep sadness, announcing that this was my last race [Vuelta a Espana - ed.]/season as a professional cyclist."

Alafaci told Tuttobici that he underwent five different surgeries and got no relief.

"I ended up under the knife the first time as an amateur, and for the first two to three years as a professional I was fine. Then every year after I had a drop in performance.

"It is now time to surrender to something larger than me," he said. "The doctors say it may be due to a genetic issue ... there is nothing to do but to consider totally replacing the artery but that would be crazy.

"The sport has taught me that nothing is a given - that you have to fight to achieve a goal. Racing a bike, I learned to sacrifice and have had the good fortune to race for an American team. I learned a language that will now be useful for me to reinvent myself."