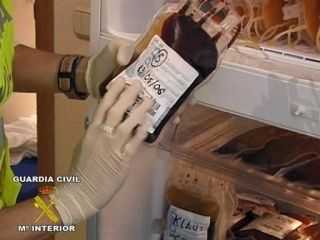 The Movement For Credible Cycling (MPCC) has signaled a sharp rise in the number of doping cases in cycling during 2019 compared to the previous six years. The organisation used its credibility barometer to determine that the number of cases have almost doubled in one year and has issued a warning.

"Since the creation of our credibility barometer six years ago, cycling figures had never been this alarming," the MPCC wrote in a statement on its website.

"A year ago, we were writing that data for cycling doping, from one year to the next, was not suggesting any real trend in the medium term, unlike other sports where an ever-increasing number of cases were revealed.

"This year, we’re noting a clear break with the recent past. This sudden increase was equally observed in men’s and women’s cycling, whether it was track cycling or road cycling (all things considered). While cycling had kept plummeting in the list of sports most affected by doping, it rose again from 13th to 5th in the span of just one year."

Athletics was at the top of the list with 81 doping cases, followed by weightlifting with 78, baseball with 61, and American football with 42 cases. Cycling was in fifth place with 32 doping cases (26 men and six women). Of those 32 cases, 24 were from road cycling, 4 in MTB, 3 in track, and 1 in BMX.

In 2019, the Operation Aderlass, (or 'bloodletting' in English) investigation into a blood-doping ring was uncovered after the Austrian Federal Criminal Police Office raided the nordic skiing world championships followed by a clinic in Erfurt, Germany.

As part of that investigation there were seven known cases from cycling (six men and one woman) including Georg Preidler and fellow Austrian Stefan Denifl, who confessed to their involvement in Operation Aderlass.

"This police operation — carried out in close conjunction with the investigators from WADA (World Anti-Doping Agency) — alone does not explain the skyrocketing in the number of infractions," the MPCC said in a statement. "Furthermore, it served as a reminder that doping can spiral into all teams, including those committed to MPCC."

The MPCC, which is the association of teams, riders, races and sponsors that work together against doping in professional cycling, said that there are two hypotheses used as explanation for the increase in doping cases in 2019: first, a renewed interest in doping; second, better targeted doping tests.

The MPCC have recently called on the UCI to carry out blood test much closer to the start and finishes of races to help fight what it describes as a 'doping mafia protocol' that operates outside of normal team set-ups. They suspect athletes may somehow escape detection by transfusing blood into their bodies in the morning and then extracting the blood soon after the finish of races.

The association's request for better blood testing was sparked by information provided by Preidler in the wake of Operation Aderlass.

The MPCC also called on the UCI to do more out-of-competition blood tests when riders can potentially take out blood for future transfusions as they start a break from racing. They also called for test for plastics in blood samples to indicate possible blood transfusions and to investigate the use of powders, possibly the banned performance-enhancing substance AICAR (an experimental drug), in drinks in the final part of the stages.

The UCI said it 'fully shares the concerns of the MPCC' in wake of Operation Aderlass and vowed to explore new anti-doping strategies.

"The Union Cycliste Internationale (UCI), whose commitment to the fight against doping is regularly acknowledged by the World Anti-Doping Agency (WADA) and other organisations in this domain, fully shares the concerns of the MPCC, which also wishes to see a more effective battle for a clean sport," a spokesperson from the UCI told Cyclingnews in December.

📈 Credibility figures: 2019 year summary🗣 "Since the creation of our credibility barometer six years ago, cycling figures had never been this alarming" 👉 https://t.co/HWEhNL6GYT pic.twitter.com/0YvOPPrxSVJanuary 18, 2020