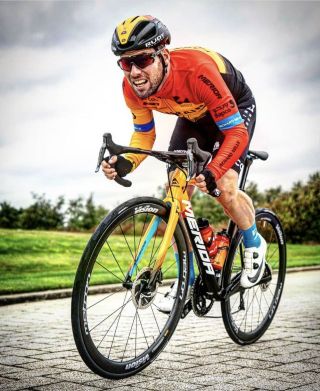 Mark Cavendish's 2020 spring race schedule has been confirmed, with the sprinter set to begin his season at the Saudi Tour at the start of February.

Cavendish, who is currently training with his new Bahrain McLaren team in Spain, will also race the Tour of Oman and the UAE Tour before returning to Europe.

Tirreno-Adriatico and Milan-San Remo are also on the 34-year-old's race schedule.

Bahrain McLaren told Cyclingnews that Cavendish may then head to Belgium for the cobbled Classics, although they have not confirmed which one-day races the sprinter will start.

It’s widely expected that a fit-again Cavendish will then build-up for the Tour de France in July, where he will attempt to chase down Eddy Merckx's record tally of 34 stage wins. Cavendish currently sits on 30, with his last victory coming in 2016.

Cavendish moved to Bahrain McLaren for 2020 after spending four seasons at Team Dimension Data. He controversially missed out on Tour de France selection last summer and has struggled for the last few years with the effects of the debilitating Epstein-Barr virus.

Now fit and healthy and with several objectives, Bahrain McLaren is hoping that their new sprinting acquisition can roll back the years and return to success.

The move to Bahrain McLaren sees Cavendish link up with Rod Ellingworth. The pair worked together at British Cycling and at Team Sky in 2012 and, at the end of last year, Ellingworth stated his belief that signing Cavendish was a logical decision.

"It's a challenge but I believe that he can win," Ellingworth told Cyclingnews during a long interview at McLaren's headquarters.

"That's why he's here. I've been really straight with him and he's not here on mate's rates. I've been really clear and told him that he's here to do a job. With everyone on the team, I want them to be clear and know why they're here. Some are developing riders, some are here to help to win and some are winners. I've told Mark very clearly that he's a bike rider and you're either here to win or help to win."