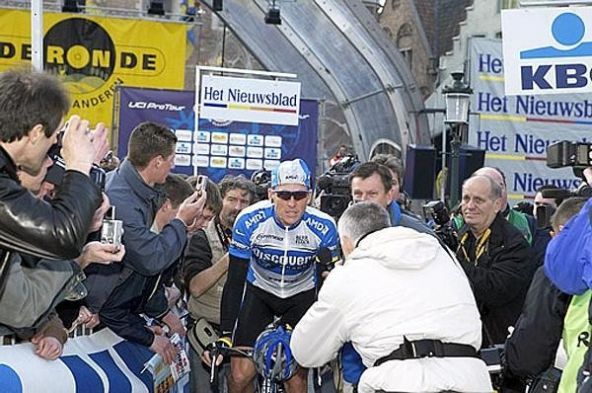 While Lance Armtrong's name had been synonymous with Tour de France glory, having won seven straight Tours from 1999 to 2005 after coming back from cancer, the Texan's reputation and sporting achievements will live in ignominy following the investigation into his and his team's doping activities carried out by the United States Anti-Doping Agency (USADA).

As a result of USADA's investigation, in October 2012 Armstrong was given a lifetime ban and stripped of all race results earned from August 1, 1998 onwards. Included in those stripped results are all seven Tour de France titles and 25 Tour stage wins, Dauphiné Libéré victories from 2002 and 2003 plus a Tour de Suisse win earned in 2001.

Armstrong, along with his former USPS team associates Johan Bruyneel, Dr. Luis del Moral, Pedro Celaya, trainer Jose Pepe Marti and Michele Ferrari, were charged with anti-doping violations by USADA in June 2012. Armstrong decided on August 23, 2012 that he would not take the USADA case to arbitration, thus tacitly accepting a lifetime ban from all sports falling under the World Anti-Doping Agency (WADA) code, plus the disqualification of all competitive results achieved since August 1, 1998.

Based on its 1000-page dossier of evidence released on October 10, 2012, USADA detailed its substantive case against Armstrong and his US Postal Service team in what it called "the most sophisticated, professionalized and successful doping program that sport has ever seen".

On October 22, 2012, the UCI upheld USADA's lifetime ban and expunged Armstrong's results achieved since mid-1998 from the record.

Armstrong turned professional in 1992 with the Motorola Cycling Team and remained on the squad through 1996. He signed with the French Cofidis team for 1997, but was diagnosed with testicular cancer in October 1996.

Armstrong survived his bout with cancer and returned to professional racing in 1998 with the US Postal team. The following year, 1999, was the beginning of Armstrong's winning steak in the Tour de France encompassing seven straight years through to 2005 (results now stricken from the record with no new winner named).

Armstrong retired from racing following his 2005 Tour triumph, but returned to the professional ranks in 2009 with Astana. He rode the 2010 season for RadioShack and retired once again early in 2011 after completion of his final professional race - Australia's Tour Down Under in January.

Feature As part of our 25th anniversary series, Editor Daniel Benson charts the site's turbulent relationship with one of the sport's most iconic figures

News Parts 1 and 2 now available in most parts of the world on ESPN Player, and on Kayo in Australia

News Frenchman explains how he had to adjust his career

News Italian rider on his 2004 exchange with the American, and Armstrong's subsequent apology

News 'I'm going to tell you my truth' says American