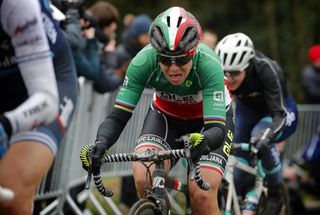 After nearly two months of lockdown because of the COVID-19 pandemic, Italy has made plans to gradually re-open the country. The measures laid out by the Prime Minister Giuseppe Conte open the door for sporting activities outdoors beginning on May 4 as long as the appropriate physical distancing steps are taken.

Italy has attributed almost 27,000 deaths due to the coronavirus since its first cases in February. The country started locking down towns with COVID-19 cases in the Lombardy region on February 23, and has added more regions of lockdown through March 9 when the entire country closed up shop.

Strade Bianche, Tirreno-Adriatico and Milan-San Remo were among the first races to be cancelled as the pandemic exploded in Italy. Professional riders were initially allowed to train outdoors but were harassed by the public and eventually forced to remain inside.

The Italian professional riders association appealed for exemptions to the rules prohibiting outdoor activity earlier this month but were told there were too many clusters of coronavirus cases to allow it.

The first phase of opening up the country to sporting activities will start with allowing solo recreational activities outside beginning May 4.

From May 18, sporting events could possibly resume under rules to be announced this week by Italian Minister of Sports Vincenzo Spadafora. It is expected some sports may take place 'behind closed doors', without any spectators and with specific guidelines on distancing.

"Phase 2 begins, now in coexistence with the virus," Prime Minister Giuseppe Conte said in a press conference at Palazzo Chigi. "The responsible behaviour of each of us will be fundamental: we must never get close, the safety distance must be at least one meter. If we do not respect the precautions the curve will rise, the number of deaths will increase and we will have irreversible damage to our economy. If you love Italy, keep your distance."

The UCI suspended all racing through June earlier this month, with the Giro d'Italia forced to an as-yet to be announced date in the October.