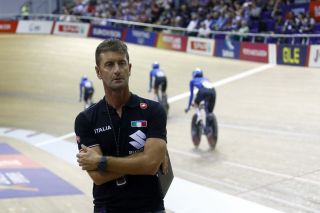 Federazione Ciclistica Italiana (FCI) federal deputy prosecutor Nicola Capozzoli is heading an ongoing investigation into allegations of inappropriate behaviour, abuse and bullying at the women's national team that dates back to 2005, according to reports in the Italian press. The investigation is labelled 'against unknown persons', but reports suggest that it is being conducted based on alleged illegal conduct committed against athletes registered with the FCI.

Capozzoli is reported to have conducted interview sessions with formerly and currently registered athletes, along with staff within the FCI. He told Gazzetta dello Sport in September that there have been no charges yet laid in the investigation.

However, reports state that head coach of the women's national team, Edoardo Salvoldi, who has been working with the federation since 2005, has been questioned in relation to the case. He is a well-known coach in women's cycling and has led Italy's women's national team to more than 200 medals in his nearly two decades of coaching at the federation.

Reports have linked Salvoldi to the case since it was made public in the Italian press in September. On Friday, Il Corriere della Sera published new allegations of psychological harassment levelled against Salvoldi by one of his former track athletes, Maila Andreotti.

Cyclingnews requested a comment from Salvoldi regarding his involvement in the FCI investigation along with Andreotti's allegations of psychological harassment published in Il Corriere. Salvoldi provided Cyclingnews with a statement through his lawyer denying all allegations. He stated that he intends to take legal action to protect his reputation.

"I don't understand where this desire of defamation comes from," Salvoldi said. "I still can't understand which private interests lie behind this fake plot. I've nothing to hide. I wait trustful the conclusion of the investigation. I take comfort by the great solidarity shown in these days by all the people I met also in my role of National Coach.

"These are unacceptable charges that offend me first of all as a human person. I asked my lawyer to take legal actions in order to protect my reputation and those of those who have transmitted me the values in which I believe. The authors of such statements will have to answer to the authorities."

FCI president Renato Di Rocco confirmed to Cyclingnews that there is an ongoing investigation but that he will not make any further comment regarding the case or the national team coaching staff until the investigation is concluded.

"There is an ongoing investigation and we happily prefer to wait for the conclusion before beginning the defence of the federal system's credibility and our technicians [coaches]," he told Cyclingnews.

Allegations of abuse at federation date back to 2005

Retired Olympian Silvio Martinello, who moved into a position as road and track general director at the federation in 2005, said he filed a complaint with the federation reporting "inappropriate behaviour of a coach". He specifically cited what he called "psychological conditioning" of athletes between 2005 and 2007, according to a report in Tuttobiciweb in September.

Salvoldi responded to Martinello's claims of inappropriate behaviour by members of the coaching staff in an article published in La Gazzetta dello Sport. Salvoldi said that he has never witnessed cases of abuse of any kind during his time at the federation.

"I told the prosecutor that when it comes to abuse, violence, blackmail, sexual violence, there is nothing, nothing, and I never noticed anything about my collaborators. I trust that justice takes note of the correctness of my behaviour," Salvoldi said.

It was reported that Capozzoli also questioned FCI president Di Rocco. He said the federation was aware of the report of inappropriate behaviour by a coach between 2005 and 2007 but told La Gazzetta dello Sport that the federation "immediately talked to the coach, who was warned. We are not joking with ethics".

Di Rocco has said that the FCI is taking the investigation seriously and that the outcome will be shared with the Italian Olympic Committee (CONI).

"If there is a cancer, we eradicate it. We share everything with the CONI, never one of our sentences has been challenged by them, and this is a source of pride," he said.

Il Corriere reported on Friday that national team track athlete Maila Andreotti, 25, has accused Salvoldi of psychological harassment. In the published report, Andreotti described verbally abusive conduct that caused her to retire from the sport.

"Some offences, like, 'You're a fat woman, you have to lose weight,' and, 'You are not worth anything,' cannot be admitted. He went out of his way to take me to the decision to leave cycling," she told Il Corriere.

Cyclingnews requested a comment from Salvoldi regarding Andreotti's allegations published in Il Corriere. Salvoldi denied all allegations of psychological harassment levelled against him. He has also stated that he has never witnessed inappropriate behaviour and abuse, nor any involvement into allegedly unlawful acts put in place against athletes registered with the FCI.

Attorney Camilla Beltramini has told Il Corriere that Andreotti was summoned by the federal prosecutor's office because her name was in a newspaper article.

"She does not seek revenge, she has not reported sexual violence against him [Salvoldi]. We hope that we will also deal with the psychological aspect of the story."