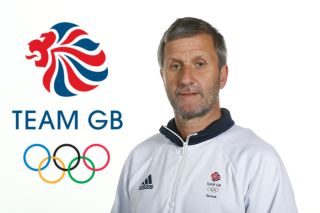 Richard Freeman's fitness to practice hearings in front of the Medical Practitioners Tribunal Services have been adjourned until 2020 on 'medical grounds', the BBC reported on Monday.

The tribunal was supposed to continue through this Friday but ground to a halt as Freeman's attorneys failed to have the four charges he is contesting dismissed.

The General Medical Council had a list of 22 offences, and Freeman admitted to 18 of them including ordering 30 sachets of Testogel, a testosterone supplement that is banned in and out of competition. He is arguing against charges relating to who he ordered the drugs for and why.

The former British Cycling and Team Sky doctor reportedly suffers from bipolar disorder and has been too ill to attend the hearings. His lawyer, Mary O'Rourke, has another case in January and February so the remainder of the hearings at the moment are being tentatively scheduled for late February – one year from the originally planned date.

The tribunal did not get underway until October 28 and was to last 40 days. Now both parties are penciling in the final stages of the hearings for October 2020.

Freeman's motivations for placing the order and whether he thought the drugs would be used to dope an athlete are the centre of the discussions. He claimed at first the order was made in error and returned – a lie he admitted to making. He now claims it was made at the behest of former head coach Shane Sutton, who O'Rourke was in the midst of cross-examining when, after she called him a liar and a doper, he stormed out.

Freeman intimated the drug was to treat Sutton for a medical disorder, but the Australian vehemently denied this. O'Rourke attempted to get the charges thrown out because Sutton refused to come back and argued this made his testimony inadmissable.

The tribunal disagreed and refused to call an end to the proceedings. O'Rourke said she needed more time to obtain statements from more witnesses, and to press the Daily Mail for documents, and to get a supposed signed declaration from Sutton that he had never doped.

O'Rourke claims to have statements from several witnesses that disagree with this assertion.