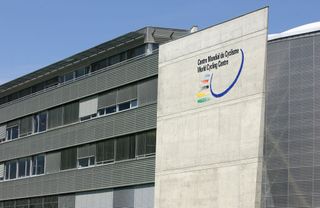 Cycling's world governing body, the UCI, has removed former track world champion Frédéric Magné from his position as director of the UCI's World Cycling Centre in Aigle, Switzerland, for allegations that include bullying, French news agency AFP has reported.

The three-time keirin and four-time tandem-sprint world champion was apparently removed from his post two weeks ago.

"On the basis of the information we have received, the UCI no longer has confidence in Frédéric Magné," a UCI spokesperson told AFP.

The UCI confirmed its decision in a brief press release on Tuesday afternoon, saying there had been "a breach of trust" and confirming that Magné had been relieved of his duties as Director General of the UCI World Cycling Centre. The UCI said it work to strengthen the governance of the UCI WCC and study new measures to protect the well-being of trainees and staff.

"We will work to put in place new measures guaranteeing the well-being of the employees and trainees at our coaching and training centre. In particular, we are currently exploring ways to strengthen the UCI WCC’s governance. The UCI will make concrete propositions to the administrators at the next Foundation Board meeting of the UCI World Cycling Centre at the end of November, as well as to the UCI Management Committee."

The alleged misdemeanours – which include "systematic bullying, violent and manipulative behaviour and threats" – were revealed by a former employee whose contract was not renewed, AFP reported.

He is also accused of "failing to take into account the dietary requirements of Muslim cyclists", while a witness is quoted as saying that Magné, who had been director of the centre for 10 years, used "a form of terror to put employees under pressure".

"I can't comment at all – I am bound by a confidentiality clause," the 50-year-old Frenchman told AFP.

"We strongly contest these accusations," added Magné's lawyer, Mathieu Blanc, who said that the dismissal was due to a "divergence in politics and strategy" and that the complainants were attempting to damage Magné's reputation.