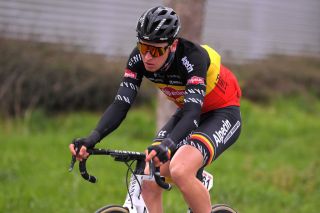 Just as the ASO and the UCI have announced plans for a late-August to September Tour de France with the Giro d'Italia and Vuelta a España following, the Belgian Security Council announced on Wednesday it has cancelled all sporting events, mass public gatherings and major summer festivals until August 31.

The move goes against the allotted date specified by the UCI for national championships of August 22-23. The Belgian championships were due to be held in Anzegem, but the mayor Gino Devogelaere told Het Nieuwsblad that he would not allow the race to be held that weekend.

"We don't have people to organize it, and allowing a mass in August is unthinkable. I think it would be better to postpone everything for a year," Devogelaere said.

"They decided this without consulting me," he says of the UCI's allotted date. Even if there is dispensation to hold the race, Devogelaere says 75 percent of all sponsors have already dropped out. "Everyone tells us that they are going to invest the money in their company instead of the race. And I can understand them, too."

"We had 3,000 VIPs, that covered all expenses. But without those VIPs, there's no race. Who's going to pay if there are no VIPs? And we estimate 15,000 people, how many are going to come? Everybody's afraid of that virus. As mayor, I won't allow crowds on that day.

"We have to be serious about today's measures and then look at the race with thousands of people. And if there's an outbreak afterwards, everyone's going to look at me. No, no, no championship in August. We're going to negotiate with the union to postpone everything for a year. We think that's best for everyone. Tim Merlier will have to wear the jersey for an extra year. Nobody's seen that jersey yet."