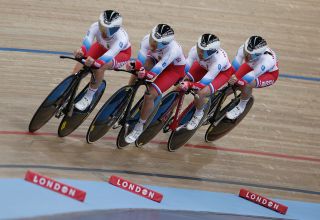 With a key vote on the participation in Russia in the upcoming 2020 Olympic Games set to take place at the WADA Executive Committee meeting in Lausanne on Monday, nine of the 17 members of the agency's Athlete Committee have issued a statement in support of a complete ban on Russian participation.

WADA found last month that Russia had manipulated anti-doping laboratory data it was required to provide to the agency in an attempt to discredit whistleblower Grigory Rodchenkov. The Compliance Review Committee concluded that this was “an extremely serious case of non-compliance with the requirement to provide an authentic copy of the Moscow data, with several aggravating features”.

The Russian scheme to cover up state-sponsored doping dates back to the 2014 Winter Olympic Games held in Sochi, where doping controls from Russian athletes were tampered with to prevent them from testing positive and expanded to manipulation of lab data in the Moscow anti-doping laboratory.

A 2016 independent investigation by Richard McLaren detailed hundreds of "disappearing positive" doping tests, 26 of which came from cycling. There were over 1,000 athletes across all sports implicated in the report.

In the wake of the scandal, Russian athletes were excluded from the 2016 Summer Games in Rio including three track cyclists. In 2018 Winter Games athletes from Russia were allowed to compete only under a neutral flag.

WADA reinstated the Russian Anti-Doping Agency in September 2018 amid outcry from athletes and anti-doping leaders.

With the latest finding that Russia contravened the terms of its reinstatement as code-compliant, the Athlete Committee members are pushing for a stronger response.

"We maintain that the fraud, manipulation and deception revealed to date will only be encouraged and perpetuated with a lesser response," the statement said.

"Until these critical abuses of integrity in sport are confronted with courage and a resolute commitment to protect athletes and clean sport, they will continue, and the sports we love remain tarnished.

"To date, the Russian doping saga has dominated three Olympic and Paralympic Games, with a fourth on the horizon. Russia's ongoing and intentional acts of deception, fraud and corruption have made a mockery not only those who play by the rules but those who create and safeguard them."

Niemanas added on Twitter, "the Russian government has betrayed their own athletes with constant cheating and deception. For the next generation to have a chance at a healthy and safe future, meaningful change must occur".

WADA Vice President Linda H. Helleland, who objected to RUSADA's reinstatement, said on Twitter on Sunday "It was a mistake to make RUSADA compliant BEFORE we got the data. Now we have them. Manipulated. Time for WADA and IOC to install strongest sanctions possible."