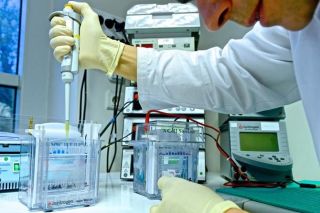 The UCI will introduce stricter requirements for transgender females to compete in the women's category, with the testosterone threshold cut in half.

The current rules stipulate a maximum serum testosterone level of 10nmol/L but, from March, male-to-female athletes will be limited to 5nmol/L and will have to show it has been below the new threshold for 12 months before they are deemed eligible to compete.

The new measures were discussed during a meeting between various international sporting federations in Lausanne last October. They were put up for approval at the UCI’s most recent Management Committee meeting on January 30 and cycling’s governing body announced their introduction on Tuesday morning.

The UCI has asked all national cycling federations to follow the new regulations.

"This is an important step in the inclusion of transgender athletes in elite sport," said UCI President David Lappartient.

"Thanks to this consensus, our Federation has given itself the wherewithal to take into consideration – and in reflection of developments in our society – the desire of transgender athletes to compete, while guaranteeing a level playing field for all competitors."

Until now, the UCI has followed guidelines set by the International Olympic Committee (IOC), which act as a 'reference' for international federations but are not obligatory.

The IOC has been reevaluating its transgender policy but, according to the Guardian, has been unable to settle on new guidelines – thought to involve halving the testosterone threshold – due to the thorny nature of the issue, with conflicting science on both sides.

The Guardian reported late last year that the IOC would encourage individual sporting federations to draw up their own rules on transgender athletes and this appears to be exactly what the UCI, after consultation with other sports, including athletics, has done.

The current IOC guidelines, which set the testosterone threshold at 10nmol/L, have been in force since 2016. Prior to that, transgender athletes had to have undergone sex reassignment surgery as well as at least two years of hormone therapy.

According to the new UCI regulations "All transgender athletes wishing to compete in the category corresponding to their new gender" must make a request to a UCI medical manager at least six weeks before they intend to compete. The athlete’s eligibility will be decided by a panel of "three international experts independent of the UCI".

Those who have transitioned from male to female "must prove that the their serum testosterone level has been below 5 nmol/L for at least 12 months prior to the eligibility date". Once deemed eligible, they must keep within that threshold "for the entire time they compete in the Women category" and must undergo hormone tests using mass spectrometry.

Any breach of the regulations can be punished with anything from a "reprimand and warning" to "disqualification and a fine".

Sporting bodies such as the International Association of Athletics Federations (IAAF), have argued that females who have natural testosterone levels higher than the average healthy female (0.4 nmol/L to 2.0 nmol/L), and closer to the range of healthy male (7.0 nmol/L and 30 nmol/L), and whose androgen receptors can uptake the testosterone, have an unfair advantage over peers in their category. However, the basis of these findings have been disputed by some scientists.

Last year, the IAAF was involved in a landmark legal case after lowering testosterone limits for transgender athletes and those with differences in sexual development (also known as 'intersex' or 'hyperandrogenism').

South African runner Caster Semenya appealed against the decision but the Court of Arbitration ruled in favour of the IAAF, although it did note "serious concerns" about the application of the new regulations.