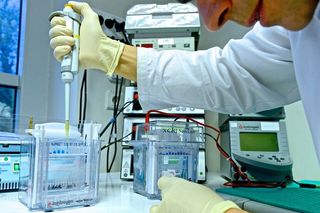 The UCI has announced that it could introduce new guidelines for the eligibility of transgender female athletes competing in cycling events beginning in 2020. The guidelines could stipulate a maximum testosterone threshold of 5 nanomoles per litre (nmol/L), which is half of the current maximum threshold of 10 nmol/L, for transgender females to be eligible to compete in the women's category. The new regulations will be discussed internally and are pending approval from UCI Management Committee.

The decision was reached following the recent International Meeting on Transgender Eligibility in Competitive Sports in Lausanne, Switzerland, on October 19.

"The Union Cycliste Internationale (UCI) is pleased by the consensus obtained by the working group – of which it is a member alongside other International Federations – which met recently in Lausanne on the theme of transgender athletes’ eligibility in competitive sports," said the cycling governing body’s statement on Monday.

"The UCI shares the conclusions reached by the participants, who included representatives of transgender and cisgender athletes. The conclusions notably state that if a Federation decides to use serum testosterone to distinguish between male and female athletes, it should adopt a maximum threshold of 5 nmol/L for eligibility for the female category.

"The consensus drawn up by the working group will enable the UCI to take into consideration, in line with the evolution of our society, the wish of concerned athletes to compete while guaranteeing as far as possible equal chances for participants in women’s competitions."

The IAAF hosted the meeting on transgender eligibility, which was also attended by representatives of a number of IFs. According to a press release published on the IAAF’s website, it also heard from a range of invited experts in relevant disciplinary fields and from both cisgender and transgender athletes.

In it's official statement, the UCI has said that the new eligibility requirements for transgender female athletes, including the revised max threshold of serum testosterone of 5 nmol/L, will need to be approved by the UCI Management Committee before it can be published and take effect in 2020.

In addition, the UCI's regulations may include other medical criteria for eligibility to compete within the female category, methods for monitoring the hormonal status of these athletes, and criteria for measuring blood hormones. According to the UCI, all such points will be discussed internally before being presented to the UCI Management Committee.

The UCI currently follows guidelines of the International Olympic Committee’s (IOC) 2015 Consensus Meeting on Sex Reassignment and Hyperandrogenism that specified level of testosterone of 10 nmol/L for more than one year before transgender females are permitted to compete in the female category. These guidelines replaced the 2003 Stockholm Consensus on Sex Reassignment in Sports.

The IOC confirmed to Cyclingnews that it was present at the consensus meeting in Lausanne but only as an observer and had no formal role in organising the meeting.

The IOC told Cyclingnews that it will be updating the Consensus Meeting on Sex Reassignment and Hyperandrogenism guidelines, too, however, it could not confirm that it will reduce the maximum threshold of serum testosterone from 10 nmol/L to 5 nmol/L, which was agreed upon by the IAAF and the IFs at the recent consensus meeting in Lausanne.

"The IOC is working to develop new guidance to help International Federations (IFs) shape sport specific policies and regulations in relation to fairness, safety, inclusivity and non-discrimination," a representative from the IOC told Cyclingnews.

"The process, led by the IOC Medical and Scientific Commission, is being informed by inputs from the IOC Athletes’ Commission and the IOC Women and Sport Commission, as well as medical, scientific, legal and human rights experts across relevant fields, and various interested parties, including affected stakeholders, IFs and national governing bodies.

"The guidelines are being created in light of legal, medical and scientific developments since 2003 (when the IOC Medical Commission organised its first consensus meeting on these topics), as well as the IOC’s advancement in understanding its responsibilities in regard to respecting human rights."

The IOC reiterated that its transgender guidelines are set up merely as a reference  point for IFs and national federations, but that ultimately such governing bodies are encouraged to set guidelines specific to each sport.

"These voluntary guidelines will acknowledge the differences that exist between sports, encouraging each IF to find the most suitable mechanisms, policies and approaches, given the particular characteristics and requirements of their sports, to ensure inclusion, non-discrimination, fairness, and safety for all athletes.

"Ultimately, the IOC can only issue guidelines as it is the IFs’ remit to decide eligibility rules on a sport, discipline and event-specific basis. Our guidance will be subject to periodic review in order to take account of relevant developments in the area, in consultation with all stakeholders concerned."

In many cases, transgender female athletes must undergo therapy to suppress naturally occurring testosterone in their bodies (by testosterone blocking) to meet the current maximum testosterone threshold of 10 nmol/L.

Such individuals must also undergo frequent testosterone checks throughout their careers.

The current rules also stipulate that transgender females must declare their gender identity, which cannot be changed for sporting purposes for four years.

The UCI and national federations, such as USA Cycling, follow the same policy for UCI-sanctioned licences and events.

In lower levels of competition, however, USA Cycling and other national federations have a separate set of guidelines for non-elite and elite-level racing.

At USA Cycling, elite-level racers must comply with IOC's transgender guidelines, but those guidelines make up one of five criteria in place for non-elite racers.

As Cyclingnews reported last November, USA Cycling's non-elite criteria used to determine a member’s eligibility in a chosen gender include evidence of one or more of the following:

1) Does the member’s gender in their “everyday life” match his or her racing gender; 2) Has the member obtained civil documents with his or her racing gender identified (i.e. state I.D., driver’s license, birth certificate); 3) Attestation of gender identity from a medical professional; 4) Attestation of gender identity from a certified counselor, public official, school administrator, or other academic advisor; and or 5) Compliance with IOC guidelines.

If the UCI Management Committee approves the new max threshold of serum testosterone of 5 nmol/L, these regulations would be applicable to cycling in general, including national governing bodies such as USA Cycling.

The move to reduce the serum testosterone threshold from 10 nmol/L to 5 nmol/L for transgender females to compete in the female category of sport comes off the back of the high-profile case involving track and field athlete Caster Semenya and the IAAF, which was heard at the Court of Arbitration for Sport (CAS) in May.

Semenya appealed the IAAF's new regulations that decide the eligibility and legality of females who have higher testosterone levels – due to one of seven differences of sex development (DSD) – to compete certain events in the women's category of Athletics.

The IOC and IAAF refer to females with hyperandrogenism conditions as 'intersex' or DSD athletes. It believes that females who have natural testosterone levels higher than the average healthy female (0.4 nmol/L to 2.0 nmol/L), and closer to the range of healthy male (7.0 nmol/l and 30 nmol/l), and whose androgen receptors can uptake the testosterone, have an unfair advantage over peers in their category.

Even though the CAS ruled in favour of the IAAF, after a lengthy deliberation, it also said that it had "serious concerns" about the application of the new regulations, as reported on BBC Sport.

Cyclingnews understands that the new transgender regulations considered in cycling will be different from those applied to DSD athletes in track and field. However, the IAAF's new regulations for DSD athletes, gave a general idea of the admissibility of eligibility regulations based on maximal plasma testosterone limits for the transgender rules in other sports.

The UCI has supported and adopted the existing IOC's guidelines, which stipulate a maximum threshold of testosterone of 10 nmol/L, because it believed that the regulations took into account the most recent scientific and medical advancements.

The UCI now supports the IAAFs/IFs consensus to reduce serum testosterone threshold to 5 nmol/L for eligibility of transgender females to compete in the female category of cycling. Pending approval from the UCI Management Committee, new regulations could come in affect as soon as next year.

The UCI told Cyclingnews in March, however, that it has not to date considered specific eligibility rules for DSD female athletes for cycling competitions.