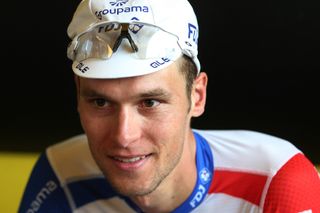 During the trial of suspended pro cyclist Georg Preidler in Innsbruck, where he is facing charges of sports fraud, the 29-year-old denied charges that he doped prior to 2018, according to Kleine Zeitung.

Prosecutor Thomas Willam announced in September that his office was filing the fraud charges against Preidler for "regularly practising blood doping and also taking growth hormones, starting with the Giro d'Italia in the spring of 2017 until his doping confession".

Sunweb, the team with whom Preidler raced in 2017, threatened to sue him if it is proven he doped during his time with the team, and throughout the proceedings Preidler has denied any wrongdoing before 2018.

Soon after the Operation Aderlass raids, Preidler and Stefan Denifl confessed to blood doping. Preidler, who was then sacked by Groupama-FDJ, admitted to having his blood drawn on two occasions late in 2018 but insisted he had not re-injected it. The "fraudulent intent" was enough to trigger an anti-doping rule violation in itself.

He was suspended by the UCI and then charged with fraud in Innsbruck because the world championships were held there in 2018 and Preidler was part of the Austrian team for the road race and time trial.

Preidler's case was adjourned indefinitely because the public prosecutor requested the appearance of an additional witness, who has recently been arrested – a person Preidler allegedly supplied with "24 single-use syringes with growth hormones".

Throughout the case, Preidler has denied using any doping products before 2018 and only had his blood extracted "out of pure curiosity."

The doctor involved in the blood doping scheme, Preidler says, "wanted to show me how it works in sport."

"My decision to do blood doping was stupid and fundamentally wrong. I bitterly regret it," Preidler stated.

That allegation could come down to the next witness who, according to a different former cyclist, says testified this 'shady person' supplied him with syringes of an unknown substance.

"I never felt an effect one way or another, which is why I soon lost interest," this former cyclist testified.