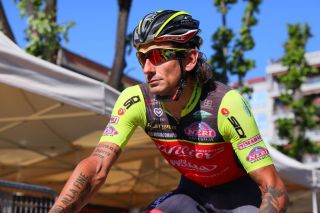 Filippo Pozzato will play a key role in organising the 2020 elite men's Italian National Championships after a successful bid by the CGLL Promotions company and the Veneto region.

In recent years the Italian Federation has divided the organisation of the different categories of national road race championships, often struggling to find someone to put on some of the events, including the elite men's time trial championships.

However, the road race remains a prestigious event with Italian riders fighting to wear the iconic tricolore champion's jersey for a year. Davide Formolo is the current Italian national champion.

According to reports in Italy, the 2020 elite men's road race championships will be held on June 21, starting in Bassano del Grappa and finishing in Cittadella after 12 laps of the testing Marostica circuit and the Rosina climb. The total race distance will be at least 250km.

Pozzato retired after the 2018 season but is involved in the project via his former manager and business partner. According to La Gazzetta dello Sport, Pozzato helped design the course, which will be held near his home town of Sandrigo north of Vicenza.

"This is a win for everyone who has worked on the project, starting with the Veneto region and its president Zaia and Gaetano Lunardon of the restaurant Rosina on the climb of the circuit," Pozzato said.

"I'm happy because the idea started two years ago and we've on it a lot. The Veneto region is very involved I believe in the whole project and promise that we won't organise a typical race but something special."