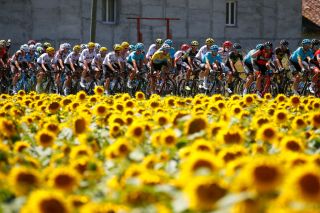 The running of the 2020 Tour de France in August and September has been thrown into doubt by France's sports minister, who has said "it will not be the end of the world" if La Grande Boucle does not take place.

Speaking on Eurosport's 'Le Club' programme on Wednesday evening, Roxana Maracineanu insisted that when the lockdown is partially lifted in France - set to be on May 11 - sport "will not be a priority".

The Tour de France was originally set to start in Nice on June 27 and finish in Paris on July 19, but has been rescheduled to August 29-September 20 due to the coronavirus pandemic.

Kittel does not believe 2020 Tour de France will go ahead

President Macron has said that, even if lockdown is lifted, bans on public gatherings will be in place until Mid-July, but Maracineanu suggested this could stretch "at least to September" and even beyond, until a vaccine is found.

"The sporting events that are allowed to return will be held behind closed doors or stripped back with very strict restrictions on the number of spectators," said the minister.

That could spell trouble for the Tour de France, given race director Christian Prudhomme has already ruled out holding the race without fans.

While the national football and rugby leagues were the major topics of the interview, Maracineanu was also asked directly about the Tour de France, along with the Roland Garros tennis tournament in Paris.

"If it's not possible, it won't be the end of the world," she said.

"It will, without doubt, be the end of a lot of things which were supported by revenues from these tournaments and the Tour de France. It's going to take reinvention if a year is skipped."

Maracineanu also explained that the resumption of sport will depend on the progress the country has made in controlling the pandemic. Holding sport in the near future will require a number of precautions, including comprehensive testing for athletes, and there are question marks over whether the resources exist for this to happen.

"If, on coming out of lockdown, there aren't enough masks, if tests remain reserved for people with symptoms, and having testing is the condition decreed by athletes - who will possibly have the right to withdraw - then it [sport] will not happen," Maracineanu warned.

"What's certain is that sport will not be prioritised in our society. It's not a priority today in the decisions taken by the government."