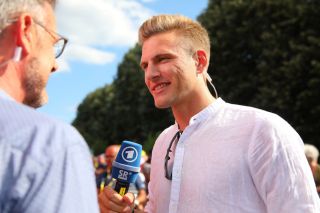 Marcel Kittel has said that he is sceptical that the 2020 Tour de France will take place despite ASO’s decision to reschedule the event for August 29-September 20.

With public gatherings prohibited in France until at least mid-July due to the coronavirus pandemic, the French race organiser last week announced that it had postponed the race until Autumn, with the UCI confirming the Giro d'Italia, Vuelta a Espana and the major Classics would be held in the months to follow.

The German, who retired last year after a career that saw him win 14 stages of the Tour de France, said that ASO should not be criticised for making contingency plans for the prospect of being able to hold the race in 2020, but he feels that the COVID-19 pandemic means it will ultimately prove impossible for the event to proceed.

Team Ineos would pull out of Tour de France if it is not safe, warns Brailsford

“It was reasonable to take the necessary time to find the best solution, but you have to be conscious that the new date is anything but certain given the pandemic,” Kittel told Omnisport.

“The decision will have to be taken at that time as to whether it’s justifiable for the participants and the spectators. I’m sceptical. I think, given the circumstances, it’s very difficult to organise an event of that size, even by taking precautions…”

Public health expert Devi Sridhar, Chair of Global Public Health at the University of Edinburgh, last week told Cyclingnews that holding the Tour de France in September would be a “recipe for disaster,” adding “there's definitely a risk that the Tour de France moving around and unwittingly spreading the virus could kick start a new lockdown.”

Those thoughts were later echoed by medical professionals canvassed by Sporza.

“I would like the Tour went ahead but only in good conditions,” Kittel said.

“It all depends on the situation. It might be decided by politicians and experts that the race can be held in a secure way… But for me, there is no chance that the Tour can take place this Autumn. Many other important events have been cancelled. Nobody knows how things will be in six months, we can only wait and see how it develops.”