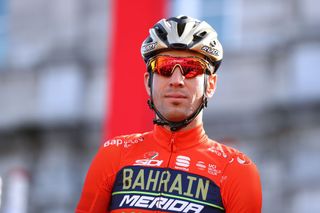 Vincenzo Nibali will lead Trek-Segafredo at the Giro d’Italia in 2020 but will skip the Tour de France, where Richie Porte and Bauke Mollema will head up the team’s general classification challenge.

Trek-Segafredo also announced on Thursday that world champion Mads Pedersen will start his 2020 season at the Tour Down Under. Porte will be on hand in Adelaide in pursuit of a seventh successive stage win on Willunga Hill.

Nibali, who joins Trek-Segafredo from Bahrain-Merida, will start his season at the Volta ao Algarve (February 19-23), and his pre-Giro programme will include Tirreno-Adriatico, Milan-San Remo and Liège-Bastogne-Liège. Giulio Ciccone will ride the Giro in support of Nibali and is also set to ride the Vuelta a España with the Sicilian.

Both the men and women's Trek-Segafredo teams are in Siracusa, Sicily, for a pre-season training camp, combining training rides with bike fits, planning and preparation for the 2020 season.

Nibali has already confirmed that the Tokyo 2020 Olympics will be a major target after he endured the disappointment of crashing out on the final descent in Rio in 2016, when the gold medal seemed within reach. With the men’s road race in Tokyo coming just six days after the conclusion of the Tour de France, Nibali has opted to eschew La Grande Boucle. In 2016, Nibali raced the Giro and Tour ahead of the Rio Olympics, but has opted for a different build-up this time around.

Nibali will later ride the Vuelta, perhaps with an eye to preparing for the tough World Championships road race in Martigny on September 27.

Trek-Segafredo manager Luca Guercilena told La Gazzetta dello Sport on Thursday that Nibali will undertake a two-week altitude training camp in Tenerife in early February before he begins his season in Portugal. “He saw that his February was a bit too free and he asked for an extra training camp,” Guercilena said.

Il Lombardia winner Bauke Mollema will also start his season at the Volta ao Algarve alongside Nibali. The Dutchman is also slated to ride the Ardennes Classics, the Tour and the Vuelta.

Porte has been confirmed by Trek-Segafredo for the Tour Down Under and Paris-Nice as well as the Tour. The rainbow jersey Pedersen will lead the line at the cobbled Classics and is also expected to make his Tour de France debut.