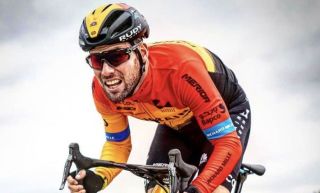 Mark Cavendish’s hopes of competing at the Tokyo 2020 Olympics appear to be dwindling after The Times reported that he has not been included in the British team for the final round of the Track World Cup, which takes place next week in Milton, Canada.

The Manxman took silver in the Omnium in Rio in 2016 and has been seeking a place in the British duo for the Madison this time around. He returned to the track over the winter in a bid to earn qualification for the Olympics and competed at the Track Cycling Challenge in Grenchen, Switzerland, in December.

Although Cavendish cleared the first hurdle by crossing the threshold of 250 qualifying points in Switzerland, he needs to participate in a counting event – either the Track World Cup or World Championships – in order to be eligible for the Olympic Games. His apparent non-selection for the final round of the World Cup appears to shut the door on his Olympic prospects.

The Times reports that Ollie Wood and Ethan Hayter will represent Great Britain in the Madison at the Milton World Cup. Great Britain are currently ranked 20th in the Madison and must climb into the top 18 in the rankings in Milton in order to qualify for the Track World Championships in Berlin next month.

British head coach Iain Dyer had previously suggested that he preferred not to bring a Madison specialist to the Tokyo Olympics but rather riders who could also compete in the team pursuit. Wood and Hayter are both part of the British team pursuit squad, while Hayter is also in line to compete in the Omnium in Tokyo.

"The door is open but it's extremely challenging to carve out an opportunity at this point," Dyer told Press Association of Cavendish’s outlook in December.

In Rio four years ago, Cavendish was a reserve for the team pursuit but was not used in any of the rounds. In his third Olympic Games, he claimed his first medal when he took silver behind Elia Viviani in the Omnium.

Cavendish has endured a difficult four years since his remarkable 2016 campaign, when he also won the Madison world title in London, four stages at the Tour de France and the silver medal at the road World Championships in Doha.

He was won just two races in the intervening period after his 2017 and 2018 campaigns were ruined by Epstein-Barr Virus. Cavendish was overlooked for Tour selection for the first time in his career in 2019, which precipitated his departure from the Dimension Data team.

For the 2020 campaign, Cavendish has signed with Bahrain-McLaren, where he is reunited with his long-time mentor Rod Ellingworth. “Rod is not afraid to roll up his sleeves and get involved, and he knows how to get the best out of me," the 34-year-old said when the team was presented in Woking in December.

Cavendish is set to make his competitive debut for Bahrain-McLaren at the Saudi Tour on February 4, before lining out at the Tour of Oman and UAE Tour. He is then slated to ride Tirreno-Adriatico before tackling Milan-San Remo, which he won on his debut in 2009.