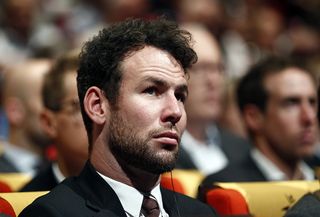 Mark Cavendish and Steve Cummings will headline the Dimension Data squad at this year's Tour of Britain. The eight-day race which runs from September 7-14 will see a number of WorldTour teams take over the eight stages. Cummings won the event back in 2016, while Cavendish will be making a return to the race after missing the 2018 version through illness. The former road world champion has won nine stages in total at the Tour of Britain, the last of which came back in 2013.

“September always has me looking forward to the OVO Energy Tour of Britain. Having witnessed first-hand the rise of cycling in Great Britain, racing in front of a home crowd holds a special importance to me on a very personal level," Cavendish said in an announcement.

“What makes the 2019 edition especially significant is the finish in Manchester. I remember as an amateur watching the finish there in 2004, the first edition of the race in its current format, and so I’m really looking forward to now racing in what is such an important city for British cycling 15 years on.”