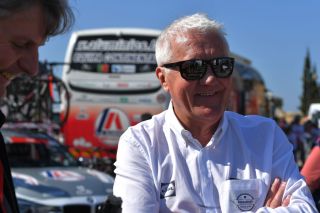 Patrick Lefevere has used his weekly column in Het Nieuwsblad to encourage teams not to move towards a conflict with Tour de France organisers ASO. The Deceuninck-QuickStep team boss has urged for caution after a number of team managers and pundits suggested that the current restrictions and economics relating to the COVID-19 pandemic had created an opportunity for cycling to readdress its economic model.

"All respect for Renaat Schotte [ed broadcaster and journalist], but he is wrong when he says that this is the time to reform cycling," Lefevere wrote on Saturday.

ASO, who put on the Tour de France, are the only race organisers who have confirmed new dates for their main event. There had been suggestions earlier this week that teams invited to the Tour might be asked to drop their rosters to seven riders, although this was later dismissed.

However, Lefevere stated that the Tour’s relevance was so high at this point and that teams were so reliant on the exposure that the race would generate, that teams were not in a position to start bargaining with ASO over trivial matters.

For Lefevere, taking part in the Tour de France would be a key factor in whether a number of WorldTour teams would see out the year.

"As teams we don't have a leg to stand on. There are many who keep up appearances but I'm not going to fight against ASO now, only be very happy if we could ride the Tour anyway. And if they want seven riders per team, it will be seven. If we start playing war now, next year not even ten teams will remain in the WorldTour."

Lefevere, who has been outspoken in relation to the governance of the sport several times over the years also declared although teams had at times shared similar convictions and ideas, when it came to standing up for those beliefs, he was often the first and only one to speak up.