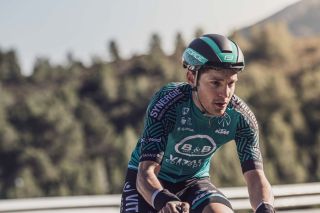 Jimmy Turgis (B&B Hotels-Vital Concept) has been forced to retire from cycling due to a heart defect. The Frenchman, who was due to start his seventh season as a professional, follows in the footsteps of younger brother Tanguy, who retired with the same problem in late 2018.

The 28-year-old moved to Vital Concept last season, having spent two years at Cofidis and three at Roubaix Lille Métropole beforehand. Primarily a domestique, Turgis raced the Vuelta a España in 2017, withdrawing on stage 15.

"More than a year ago, following Tanguy's illness, I underwent extensive tests to find out if I too was suffering from the same symptoms," said Turgis via team press release. "The markers of the disease were not proven, and I was able to race 2019 with confidence, even though my season was marked by two collarbone fractures.

"At the end of the year I did new tests, which revealed palpitations, and then, 10 days ago at Nantes University Hospital, my teammates and I underwent high-intensity stress tests.

"The results are clear; I suffer from a heart condition that worsens with intensive effort and it's impossible for me to continue in top-level sport."

While younger brother Tanguy, who was forced to retire during his neo-pro season, has completed training as a directeur sportif and will work for the team's feeder squad, VCP Loudéac, Jimmy is as yet undecided as to his next steps.

"I still had many dreams and desires in my life as a rider, but this news has fallen and I can't do anything about it," Turgis said. "I am lucky to have good support. My wife and daughter have helped me build a life outside of cycling and they give me comfort on a daily basis.

"Cycling has been part of my life since I was a child and I feel a little lost... I had plans for the future in the back of my mind but I'm going to have to put them into action sooner than I thought. The hardest thing will be to look at my life without sport."

Team manager Jérôme Pineau said that the most important thing is that the illness was caught before anything more serious happened, adding that the team will support Jimmy as they did Tanguy.

"This news is hard to hear but the most important thing remains to have detected this illness," Pineau said. "After the end of Tanguy's career, at the end of 2018, we decided to give our riders the necessary tests to check that they are in full possession of their means, or to identify their fragility. Having diagnosed Jimmy's pathology is the only good news in this announcement that saddens us all.

"Now [Jimmy] is deprived of his passion and that's the hardest part. We will have to do without him, but we will try to accompany him as best we can in his projects and his new daily life, as we were able to do with Tanguy, whom we will also have to support in these difficult times.

"Life goes on and that's the most important thing. Jimmy knows that."

Middle brother of the Turgis trio, Anthony, is the last remaining professional rider from the family after Jimmy's retirement. He spent four seasons with Cofidis before moving to Total Direct Énergie last year and will continue with the French squad in 2020.