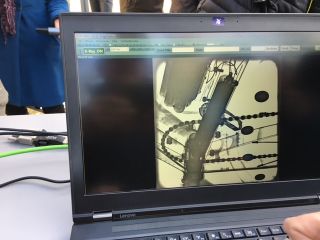 In 2016, amid rumours of the illegal use of tiny hidden motors to boost performance at the sport's top level, the UCI seized one of Belgian cyclo-crosser Femke Van den Driessche's bike and found the first instance of mechanical doping in a UCI race.

L'Equipe reports that the National Financial Prosecutor's Office (PNF) ended a multi-year investigation into mechanical doping at the sport's top level earlier this year without finding any further evidence of mechanical doping.

Two financial magistrates supported by the financial crimes division of the French police force began the inquiry in 2017 after a preliminary investigation into a possible motor doping suggested a plot "at the highest level" rumoured to have "benefited big-name riders, allowing them to take advantage of the latest technological advances in the field of electric motors".

According to L'Equipe, the PNC investigators did not question former UCI president Brian Cookson, former general manager Martin Gibbs or past technical manager Mark Barfield, but did question Hungarian Istvan Varjas, the self-professed inventor of the hidden motors.

Cookson took to Twitter, mentioning a news article about the case closure with "You'll have to allow me a wry smile about this..."

In reply to questioning why the tests were not done by an independent group, Cookson replied: "I didn’t say they don’t exist. Clearly they do - as I said, a system was implemented and caught someone. Some said the system didn’t work, but no other system has caught anyone. French authorities investigated and have now said there is no evidence."

Following accusations that Fabian Cancellara used a motor to win the 2010 Paris-Roubaix - which the Swiss star vehemently denied - the UCI began scanning bikes for motors with a tablet device. In 2015, under Cookson, they instituted strong punishment for any rider caught using 'technological fraud' with huge fines and a minimum six-month ban.

The UCI undertaking thousands of tests, scanning bikes for a few seconds with the tablet at the start and finish of races. However no cases arose until the 2016 UCI Cyclo-cross World Championships, where a spare bike in the pit area for the U23 rider Van den Driessche was found to have a motor.

Though Van den Driessche denied any knowledge of the assist motor and a friend testified that the bike belonged to him, she was slapped with a six-year ban.

In 2016, the UCI carried out 3773 tablet tests and also used thermal cameras on bikes without detecting any fraud.

The UCI hoped to roll out other technology to detect motors but L'Equipe reported that a partnership with the French Atomic Energy Commission (CEA) to develop a real-time on-bike monitor for evidence of motor magnetic fields has now been abandoned due to high costs.

In 2018, the UCI added a mobile x-ray scanner system to its testing protocol. Miniature thermal cameras on an in-race motorbike was also used in the 2018 Tour de France but, after a false positive created by a mechanical defect in a riders' pedals, the technology was also abandoned.

According to L'Equipe, former rider Jean-Christophe Péraud, the UCI's 'Manager of Equipment and the Fight against technological fraud' concluded to the French investigators "With 99 per cent certainty, there are no hidden motors in the peloton."

It is unclear what, if any, international investigations were carried out. But the French police decided to close their investigation. The only testing against mechanical doping remains the tablet device and the few bikes, often those of riders selected for anti-doping, that are x-rayed at race finishes.