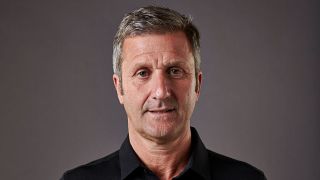 Former British Cycling and Team Sky doctor Richard Freeman may attempt to have the testosterone charges thrown out of the medical tribunal that is currently assessing his fitness to practise.

On Thursday, Freeman's lawyer, Mary O'Rourke QC, indicated she is poised to issue a 'half-time submission' based on the argument the General Medical Council (GMC), which has brought the case against Freeman, cannot substantiate its allegations.

"The GMC has no evidence to support its case," O'Rourke stated, according to the BBC. If successful, the submission, which would wouldn't be made before late next week, could see the remaining charges dropped mid-way through the process.

The GMC brought no fewer than 22 allegations against Freeman, but he is only contesting four of them, all relating to the delivery of testosterone gel to British Cycling and Team Sky headquarters in June 2011.

Having previously denied ordering the banned substance, and falsely claiming it had been returned to the supplier, Freeman has admitted to the tribunal he did order it but claims it was to treat erectile dysfunction in Shane Sutton. Sutton vehemently denied the accusation, along with any knowledge of the delivery, before storming out of the tribunal last week.

Of the four contested allegations, the central one is number 12:  "You placed the Order and obtained the Testogel a) when you knew it was not clinically indicated for the non-athlete member of staff, b) knowing or believing it was to be administered to an athlete to improve their athletic performance."

Part b) was amended before the tribunal formally opened, having previously read that Freeman ordered the Testogel "to administer to an athlete...".

On Thursday, O'Rourke, who had resisted the GMC's amendment request, insisted the GMC had no evidence to substantiate its allegations "even as amended".

A half-time submission would only be issued once it is decided how Sutton's testimony should be treated, which is currently being debated by the tribunal. Given the manner of his departure, and the fact he didn't return for the second scheduled day of evidence-giving, there are question marks over how much weight will be given to his testimony, if it should be considered at all.

While O'Rourke wants Sutton's evidence scrapped, the GMC's lawyer, Simon Jackson QC, blamed O'Rourke for inciting Sutton's angry departure, after she accused him of being a "serial liar" and a "doper with a doping history".

"The nature and tone of the cross-examination was deliberately focused not on the Testogel, but to make allegations of doping," Jackson said, according to the BBC.

O'Rourke described that as "nonsense" and blamed the GMC for not issuing a witness summons to ensure he returned. "The GMC has created this problem," she said, according to the Mail. "He has been led to believe his attendance was voluntary."

The debate over Sutton's evidence and a possible half-time submission followed another eventful day on Wednesday in which it was revealed Freeman had downloaded articles to his laptop on the testosterone-boosting drugs and the relationship between testosterone levels and endurance exercise.